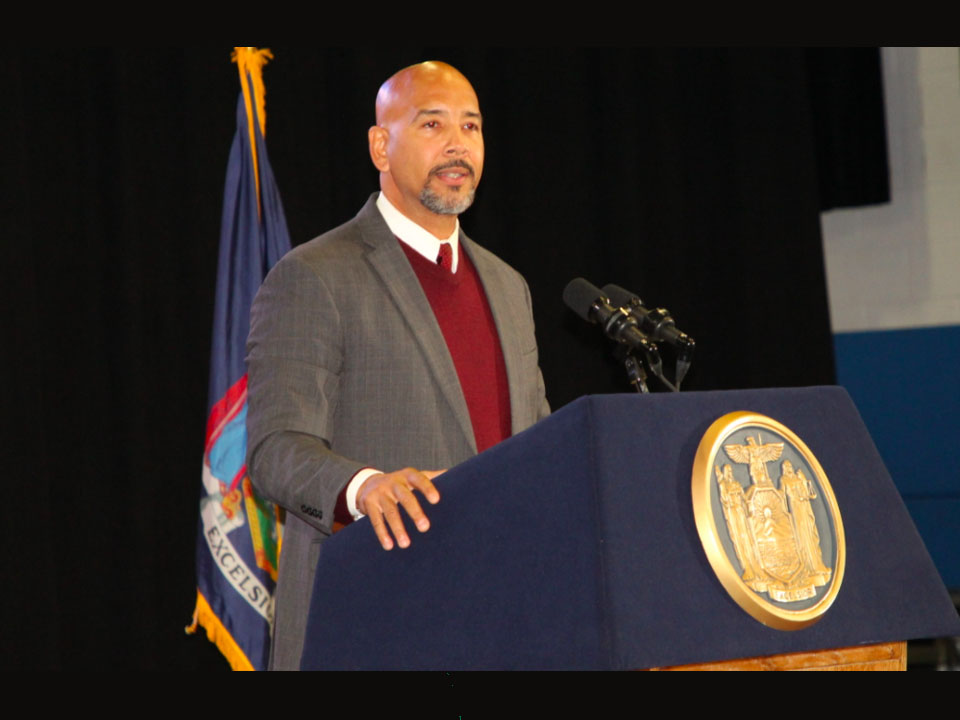 The funding was authorized July 1 as part of New York City’s $98.7 billion budget for fiscal year 2022. It will cover the costs of lighting, power, heating, and ventilation system upgrades and new furniture and equipment for six lecture halls—five in Carman Hall and one in Gillet Hall—that serve more than 1,140 students. The renovation project is currently in the design phase.

“We’re grateful for Borough President Díaz’s successful stewardship of this important project request,” said Lehman College President Fernando Delgado. “We share a commitment to having the best facilities for our students and the greater Bronx community.”

The lecture halls are primarily used by Lehman’s nursing, chemistry, biology, and social work departments and local community organizations for events, including children's summer camp programs. Several of the lecture halls have not been upgraded since they were built.

Among other things, planned technology improvements will allow for multifunctional instruction, including video teleconferencing and distance learning. And, in an ode to the times, the halls’ old-fashioned fixed seats with tablet arms will be replaced with fixed seats and flip-up tables that support the use of laptops.

Calling this a “necessary project,” Díaz, in an announcement letter to Lehman College, said, “it is gratifying to know that capital improvements such as this renovation can become a reality in our borough.”

A Lehman College alum, Díaz has long advocated for the school and received the 2021 Presidential Medal at the College’s commencement ceremony in May. (Watch his remarks here.) The Bronx borough president since 2009, he’ll be leaving office this year when his third term comes to an end.