The Philosophy of Race: 10 Questions with Professor Naomi Zack 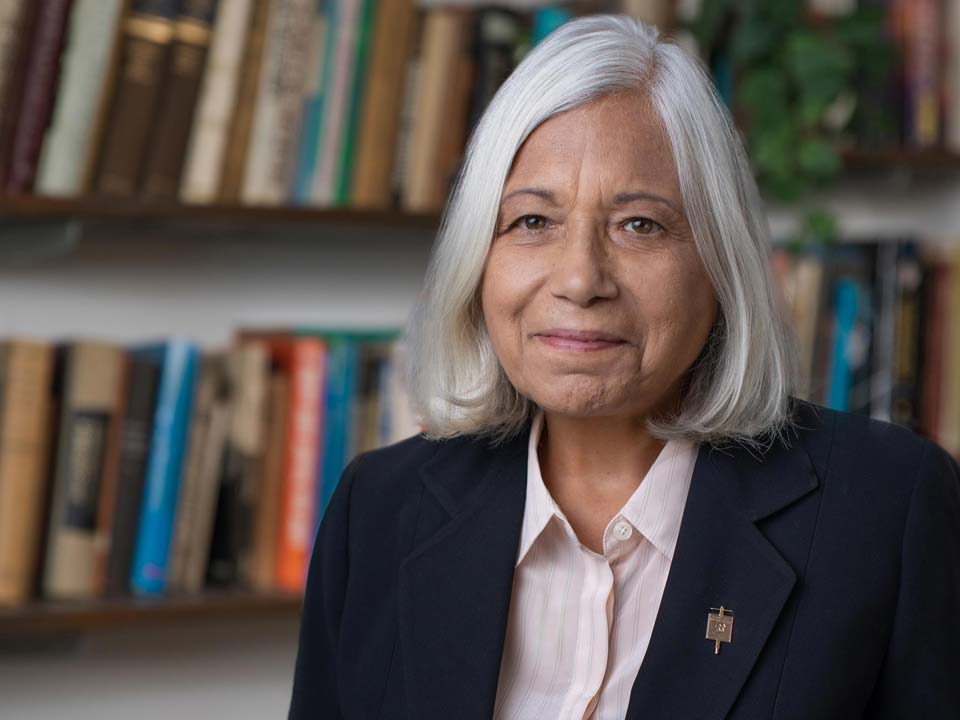 Lehman College philosophy professor Naomi Zack is one of the country’s pre-eminent scholars writing today on the philosophy of race and racial politics, feminism, and natural disasters. Prior to joining the Lehman College faculty in Fall 2019, Zack taught at the University of Oregon and SUNY Albany. She is the winner of the Phi Beta Kappa Society’s 2019 Romanell – Phi Beta Kappa Professorship, which recognizes Zack’s distinguished achievement in philosophy and her contribution or potential contribution to public understanding of philosophy. Along with a stipend and a publishing opportunity with Oxford University Press (with whom Zack published “The Oxford Handbook of Philosophy and Race” (2017)), the award provides support for three public lectures entitled, “A Philosophical View of Intersectionality,” which will be presented at Lehman College on March 18. A prolific author, Zack’s latest book, “Reviving the Social Compact: Inclusive Citizenship in an Age of Extreme Politics” (Roman & Littlefield), was published in 2018. Zack is currently working on “Progressive Anonymity: From Identity Politics to Evidence-Based Government.”

Q: What initially attracted you to work in this particular focus of study, the philosophy of race?

A: I’m mixed race. My mother’s parents were Russian Jews from Vilna and my father was African American and Native American. I was raised by my mother in New York City.

There was no such thing as “philosophy of race” when I attended NYU and got my PhD from Columbia. People assumed I was Jewish. I was 25 when I got my PhD in philosophy and I immediately left academia and philosophy for 20 years. When I returned to both in 1990, it was possible to study race in a systematic way. I took advantage of that opportunity to clarify my own identity and try to understand what race is and how it works in the U.S.

Q: In your work you’ve explored themes of feminism, race and disaster. Do you see an intersection where the three meet?

A: You could say that women of color feminism is distinct from traditional feminism. And you could say that women of color fare worse in disaster than men or white women. But I don't approach it that way. I pursue race, gender, disaster, and political philosophy as distinct subfields. This is a standard approach that is inclusive in principle. Of course, differences due to race quickly come up. But they come up after the foundational issues have been laid down and they come up by way of contrast, which highlights inequalities.

Q: In a 2014 interview with philosopher and author George Yancy in The New York Times, you described the shootings by police of unarmed black men as a “tragedy this country is now forced to deal with” and then went on to define “tragedy” as “an error in judgment based on habit and character, which brings ruin.” Is your interest in the study of disaster one of the reasons you are also interested in the study of race?

A: I started my work on race in 1990 and did not get interested in disaster until 2005, after Hurricane Katrina. But you are introducing an interesting new theme with the idea of tragedy. We tend to use “tragedy” as description of something very bad, causing great sadness. I think that the tragedy of race-related violence results from the element of injustice in racism itself. I am not sure that disaster is tragic, although it will be a great tragedy if human ignorance and denial increase suffering from climate change disasters that could have been mitigated. A tragedy is an error in judgement by people who are neither very good nor very bad.

Q: You also described the public protests that occurred in response to the killing of Michael Brown Jr. by a police officer in Ferguson, Missouri, in 2014, as the “crystallization of our grief.” So frequently, responses to police brutality toward people of color in the public discourse are described in terms of justice or injustice, or fear or anger, which are also at play, but they are so rarely described as a response to sadness/grief/tragedy. How does the language in which we talk about race need to change in order for change to occur? Do your classes explore that?

A: I think you are right that the political is impersonal whereas sadness/grief/tragedy have concrete human dimensions. People live through these ills. I’m not sure how or when there can be a change in racial differences as status differences, but the language is very important for how people experience racial differences. We need to remember that everyone is entitled to respect, even within racist status systems, and that our language should reflect shared humanity. We need to talk about others in ways that honor their first person experiences.

Yes, my classes explore what should and can change. The foundation is the false construction of race itself--not just racist stereotypes, but the absence of a foundation in biology. It's all made up. So we need to approach race as real social construction with roots in discarded science and histories and traditions of white supremacy and nonwhite oppression. That race is made up shows the power of social construction and it also suggests that what has been made can be unmade.

A: Philosophers analyze concepts/ideas, sociologists gather facts, and Africanists focus on history and literature. My fall race class was triple-listed along these lines and I want students to be aware of these different disciplinary approaches. This awareness is important so that students understand their own academic projects and goals. Despite multidisciplinarity, the academy remains specialized and one needs to be oriented about the kind of specialist one is.

A: This is an excellent question. My approach focuses on what I know best, not just the West, but the U.S. Of course, we need to also be aware of different lenses and traditions. In philosophy, it’s not unusual for a more concrete and particular version of a subject to come before the more general version. This has been true of philosophy of race. (It is also true of the ethical theory of consequentialism (maximize good results for the greatest number) that came after the 19th century theory of utilitarianism (maximize happiness or pleasure for the greatest number). In the change from African American philosophy to philosophy of race, it becomes possible to include other philosophies pertaining to minority groups, such as Native American philosophy and Latinx philosophies.

Q: If someone wanted an introduction to your work, what would you suggest they start with?

A: Probably my first book, “Race and Mixed Race” (Temple University Press, 1993) or “Philosophy of Science and Race” (Psychology Press, 2002), or “Reviving the Social Compact,” depending on interest. Mixed race continues to be a live subject for me, as well as in increasing demographics and social awareness. The ongoing resistance to recognizing multiple racial heritages and experience in the same person can reveal much about ongoing racism against established groups and false ideas about purity.

Q: Are you working on a new book now? If so, what is the topic?

A: “Progressive Anonymity: From Identity Politics to Evidence-Based Government.” I'm also working on intersectionality. And I will give a presentation about using intersectional methods for the history of philosophy on Feb. 1 at the Brooklyn Public Library’s, “Night of Philosophy & Ideas,” a 12-hour, all-night marathon of philosophical debate, performances, screenings readings and music.

Q: As an institution of higher education, what made Lehman attractive to you? Why is Lehman the next step in your career?

A: I've been thinking, talking, and writing about race for almost 30 years in mainly white institutional environments (the University at Albany and the University of Oregon). Lehman is an opportunity to work within the reality of race, because of its nontraditional student body. This is a matter of vocation. I want to support student goals for post-graduate study. I also want to provide philosophy for students who will not pursue further study. I think philosophy, in all amounts, on all levels, makes life better, regardless of a person’s circumstances. This is because it provides some psychic distance from raw reality and also critical tools for reflecting on the ideologies, evaluations, and goals that are widely accepted.

Q: What are you currently reading?

A: I'm reading “Circe” by Madeline Miller, and for entertainment, researching books and articles for “Progressive Anonymity.”