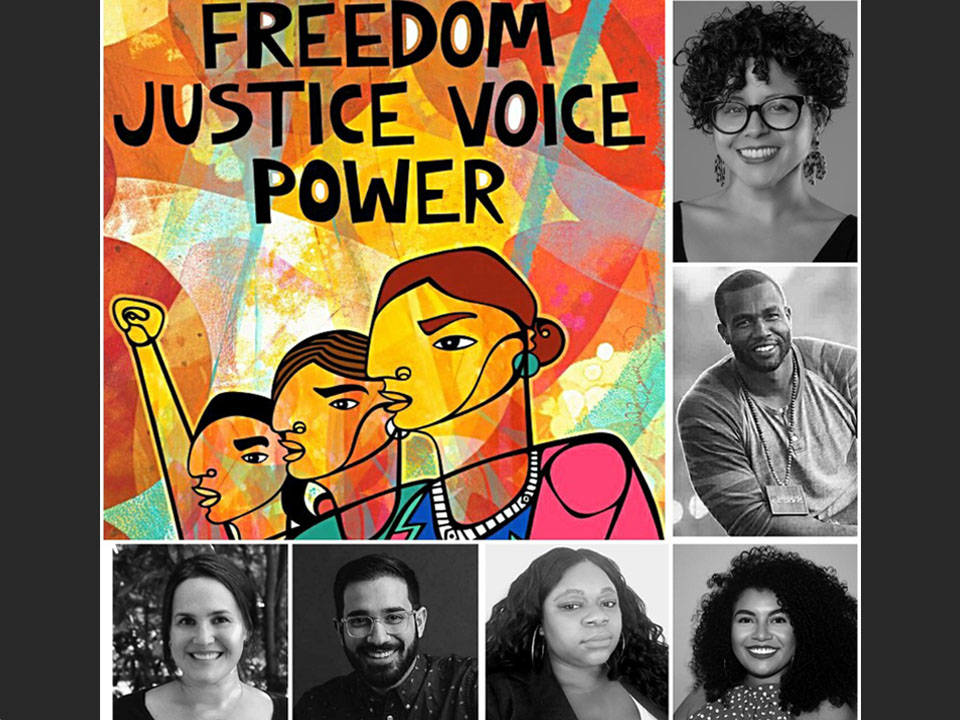 The Lehman College Art Gallery and Art Department are launching a visiting lecture series via Zoom, featuring some of the design industry’s most significant and diverse voices, with a renewed focus on how design can impact social change.

Open to the public, the new Sara Little Turnbull Visiting Designer Speaker Series is a seven-part program to take place every Tuesday at 1 p.m. from Oct. 6 to Nov. 17. Each 60-minute discussion will also highlight how a designer entered a daunting field with determination to shape the contours of our society.

The series is committed to helping students explore “what are the demands being placed on design to help meet today’s problems? How will the next generation of designers change the world in which we live?” said David Schwittek, assistant professor of graphic design and digital media at Lehman and grant coordinator for the Foundation’s design initiative.

“Within these talks, designers will engage on different themes of what diversity and inclusion really means in the field today, and how design can address issues of equity, while exploring themes of race and ethnicity, gender, LGBTQI+, the differently-abled, age, economic equity, migration, and how the public’s voice impacts and shapes public design,” said Schwittek who will also moderate the discussions.

The series, organized with assistance from Bartholomew Bland, executive director of the Art Gallery, culminates with a November 17 panel discussion chaired by Laura Silva, a Colombian-born designer who specializes in diversity and inclusion in User Experience who will also lead the series opening lecture Oct. 6.

“I am from Colombia, an Afro-Colombian,” said Silva, the vice president for accessibility technology UX design lead at Bank of America.  “Being an immigrant; being a black woman…I want to show the students that if you happen to be a different nationality, race or gender you can still achieve what you want. The world has a place for you and you belong in it.”

“I am (one of the) only Afro Latina(s) at Bank of America and a testament that you can belong. You can build your own table.”

That same sentiment resonates with artist and designer Rodriguez’s desire to share with Lehman’s students.

“I am somebody who has faced a lot of barriers that are due to systemic racism and gender inequality. It has really been my creativity that has allowed me to succeed. I have experienced the impacts of a system that was designed to crush me and found the tools of art that really gave me my super powers,” Rodriguez said.

The Turnbull’s $50,000 gift, for which Lehman will reapply for three additional years, is an inaugural grant to Lehman by the Foundation; which continues the legacy of Sara Little Turnbull by supporting historically-underrepresented youth and women in design education, design practice and leadership.

A native New Yorker and a graduate of Parsons School of Design, Sara Little Turnbull (1917–2015) was one of America’s first female industrial designers.

(Due to Election Day, this talk will be offered on a Thursday)

Register here in advance for this webinar, After registering, you will receive a confirmation email containing information about joining the program.