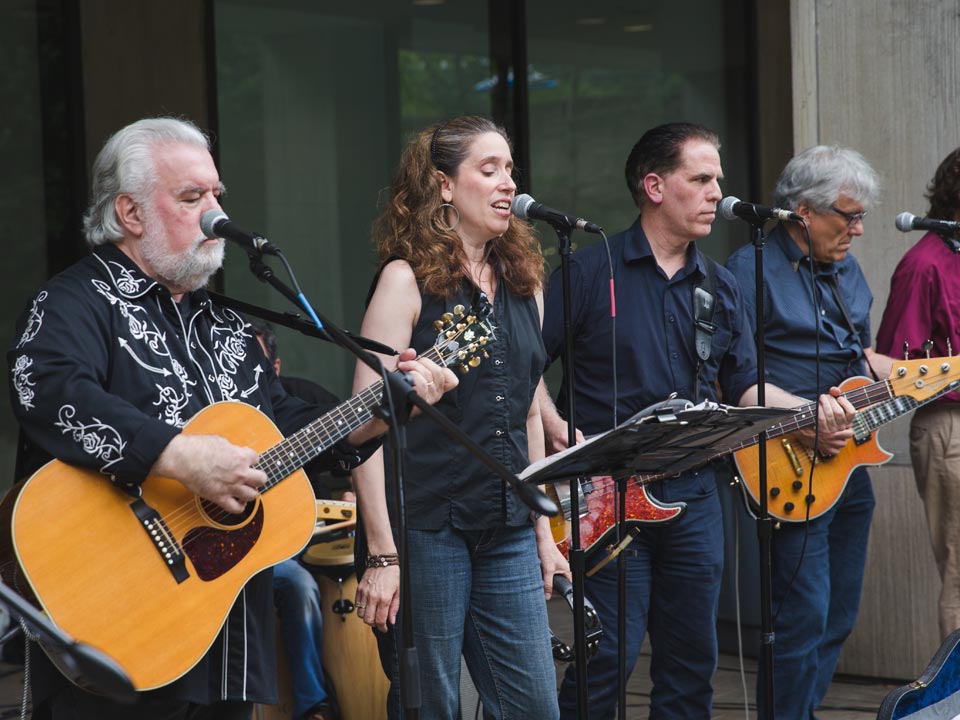 On the first day of summer, the Lehman College campus was alive with the sound of music. The college hosted nine different musical acts in the amphitheater as part of Make Music New York, a citywide celebration of Make Music Day.

"Last year, we were the only Bronx venue and we wanted to show that the Bronx is a borough full of music. When you look at the schedule from past years, Manhattan and Brooklyn had hundreds of venues with hours of music to enjoy," said Janette Tilley, chair of the Department of Music, Multimedia, Theater, and Dance. "You could wander around and piece together a full day of free concerts. Up here in the Bronx there was just nothing, but we had so many musicians in our network, we decided to open the stage and see what we could do."

Twelve additional Bronx locations have joined the festivities since last year, although the college was the only one to present programming throughout the day.

"Offering music all day means that students can come by after class, families can come after work," Tilley said. "We serve more of the community the longer the stage is open."

A small group of music students from a local middle school were among the mid-day audience for the Lehman Guitar Ensemble, a student group led by professor Robert Windbiel.

"We picked some of our best kids," said band teacher Mary Kate Mutze. "We thought it would be a nice activity for them to see real musicians."

Later in the afternoon, picnickers lounging on the grass by the college walk enjoyed the Morrisania Band Project’s rousing renditions of funk and soul hits by Prince and Aretha Franklin.

"I like the participation by musicians of all interests and experiences. We have music clubs, professional bands, alumni all showing us what inspires them," said Tilley.

In addition to celebrating talented musicians in the community, Tilley's goal for Make Music New York at Lehman is to increase awareness in the Bronx cultural community of the college as a supporter of local music and performance. In the process, she hopes that informal, relaxed concert experiences like these will encourage everyone to make more music.

Launched in France in 1982 as the Fête de la Musique, Make Music Day celebrates music in all its forms, encouraging people to band together and play in public concerts. This year, over 80 U.S. cities participated in the event.