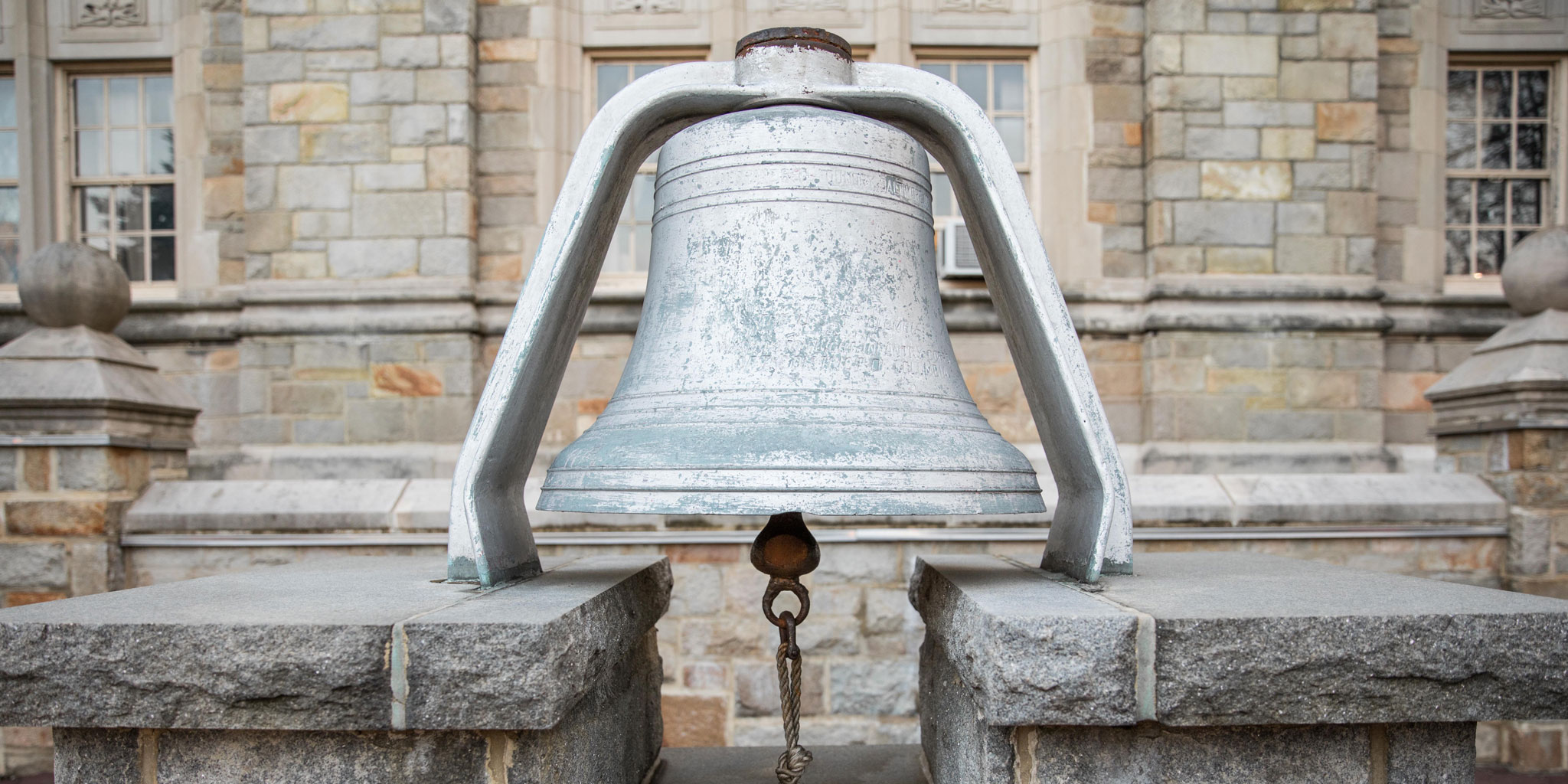 Lehman College joined colleges, churches, and other institutions around the world to mark the 50th anniversary of Dr. Martin Luther King, Jr.'s assassination by ringing the memorial bell on campus at 7:01 p.m. EST on Wednesday, April 4th yesterday evening. The bell was rung 39 times—one for each year of Dr. King's life.

Dr. King, inspired by his Christian faith and the teachings of Mahatma Gandhi, practiced and preached nonviolence as he became the de facto leader of the modern civil rights movement in the late 1950s and early 1960s. The movement reached its apex in the early 1960s with the March on Washington in August, 1963—where Dr. King delivered his famous "I Have a Dream" speech—and the passage of the historic civil rights laws in 1964 and 1965. Jailed, beaten, threatened, and eventually murdered for his beliefs, Dr. King changed American history, even as he made history in the process. In 1964, he was honored with the Nobel Peace Prize for his efforts.

"The values Dr. King professed and the just causes he advanced endure to this day. Sadly, the forces that took him from us remain, but Dr. King's words and actions have empowered generations to confront them," said Lehman College President José Luis Cruz. "He remains a source of inspiration to all those who believe the best way to perfect our democracy is to defend our civil rights. Lehman is proud to commemorate Dr. King's legacy today and every day."

The MLK50 Bell Toll was organized by the National Civil Rights Museum in Memphis, Tenn., the city where Dr. King was assassinated.

Campus Peace Officer Robert Cepeda, a member of Lehman’s Public Safety staff, rang the memorial bell. The bell was presented by the U.S. Navy at the end of World War II in recognition of the role of the campus as the national training site for the WAVES (Women Accepted for Volunteer Emergency Services) during the war.