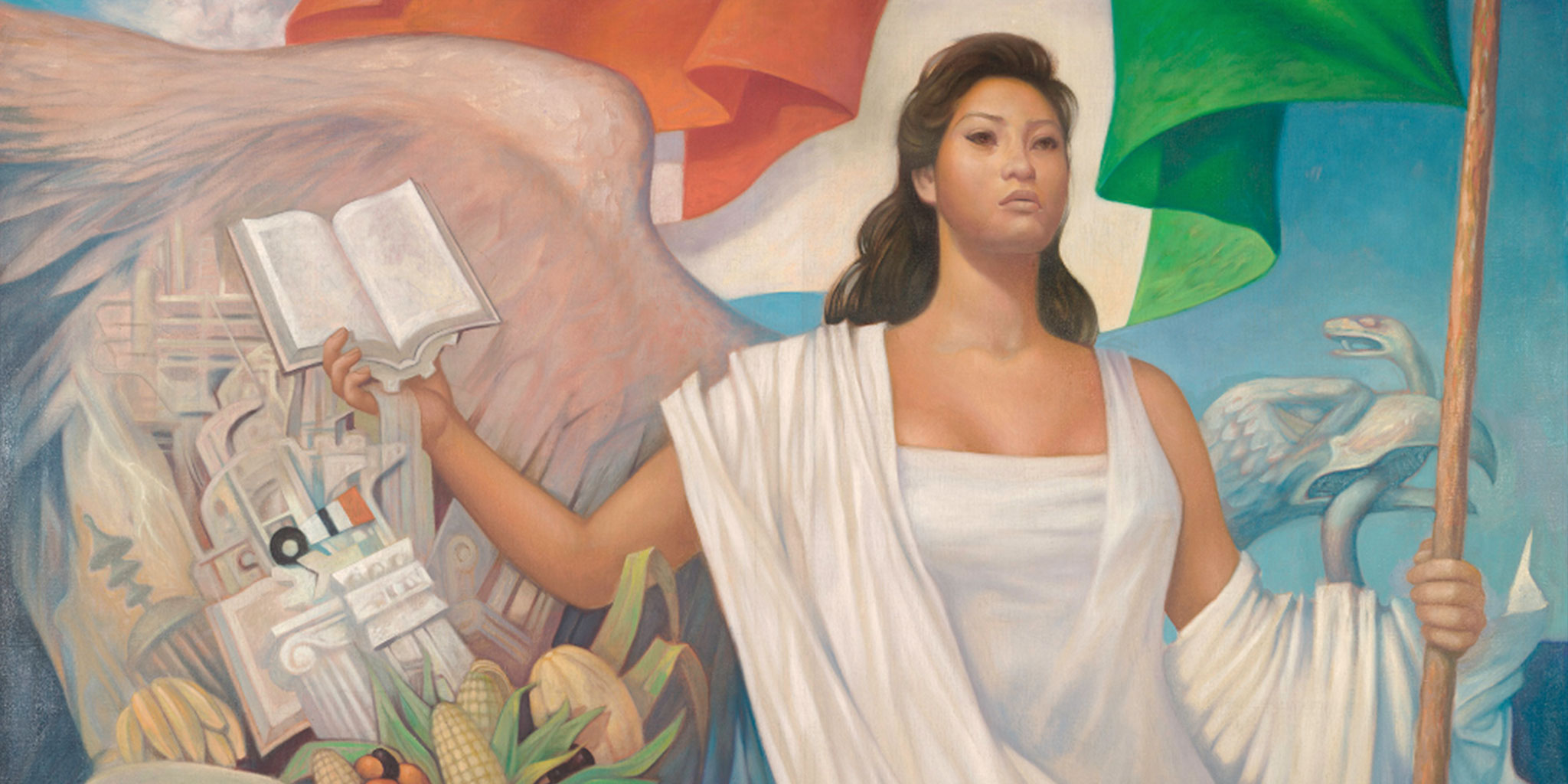 The Lehman College Art Gallery, in conjunction with the Mexican National Commission of Public Textbooks and the Institute for Mexicans Abroad through the Consulate General of Mexico in New York, will present a major exhibition of 20th century Mexican painting masterpieces from August 13 to September 22.

This special six-week presentation at Lehman College in the Bronx is the only stop in New York and its final stay in the United States on an international tour that has already included showings in Chicago and Los Angeles. The exhibition travels later this fall to Bogotá, Colombia.

Many of the paintings in Pintando, which were created between 1960-62 and 1987-88, depict Mexico’s national heroes and leaders of the country’s social movements and struggle for independence. The paintings also include landscapes of its countryside, with allegory and symbols that depict the mother country in images that embody civic virtues. The work of the exhibited artists, who belonged to the Mexican art movements El Muralismo and La Ruptura, also shows a deep commitment to education and a great sense of national pride.

A related program series, sponsored by the Jamie Lucero Mexican Studies Institute at the City University of New York, which is based at Lehman College, will feature lectures by Mexican and Mexican-American visual artists. The lectures will take place on three consecutive Tuesdays in September at the Lehman College Art Gallery. The programs, which begin at 1 p.m., are free and open to the public.

September 4 - Andrea ArroyoWomen in Mexican TextbooksWomen have played an important role, both as artists and as muses in many works in the exhibition. Arroyo will delve into the fascinating story of the women who served as models for the different textbooks’ iconic cover images.September 11 - Felipe GalindoArt in Textbooks as a Reflection of the Artistic Panorama in MexicoGalindo will speak from his personal experience about the art movements and cultural policies in Mexico which influenced the images on the covers of student textbooks between 1959 and 1987.September 18 – Diego AnayaThe Impact of an Image Through TimeAnaya will explore how images linger in our memory without us knowing their origins or purposes, and how we create personal associations that give images our own meanings.

Pintando: Colors of Education at Lehman College celebrates an agreement signed this year between the college, the Jaime Lucero Mexican Studies Institute, and eight of Mexico’s public universities to generate more student and faculty exchange opportunities.

Lehman College has deep ties with the nation of Mexico. In 2013, the college became the only official recipient in the United States of an Olmec Head. The statue—a replica of “The King”—was the first sculpture of its kind to be unearthed in San Lorenzo Tenochtitlán, Veracruz, Mexico in 1964. The replica, a gift from Mexico to celebrate the first anniversary of the Mexican Studies Institute at CUNY, was installed adjacent to Lehman College’s main plaza.