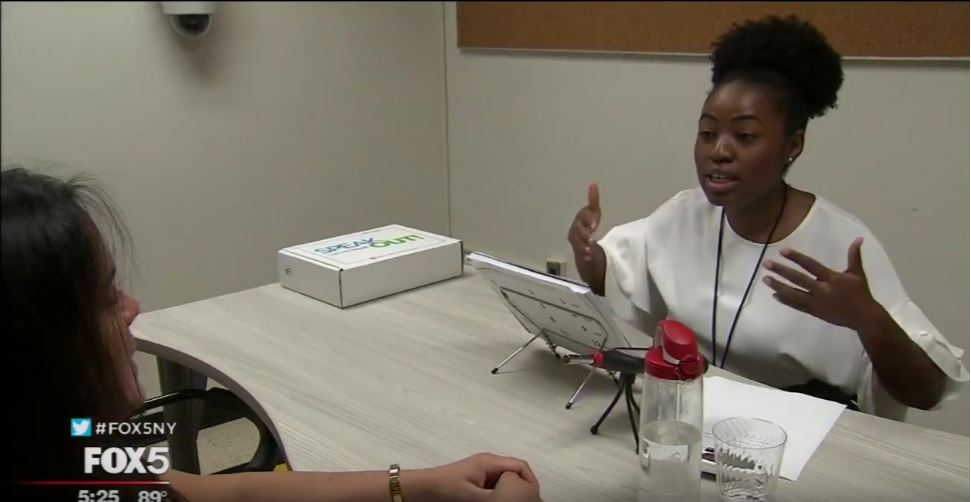 The segment reported on the first appointment for Marisol Conde, a client who was recently diagnosed with Parkinson’s disease and is struggling with both her mobility and her speech. Conde met with Lehman student Speech Language Pathologist Suzette Espeut, who worked with her on basic exercises designed to strengthen the muscles for speaking and swallowing. Conde and other Parkinson’s clients will all receive 12 sessions of therapy at no cost.

Fox 5 also interviewed Dr. Alison Behrman, a Lehman professor of speech language pathology who explained the critical need for opening a clinic to accommodate the underserved residents of the Bronx. The new clinic is part of Lehman’s Speech and Hearing Center.

Earlier this year, Behrman was trained by the Parkinson Voice Project, in a therapy program called the SPEAK OUT and LOUD crowd. She called the therapy’s approach “specific, intensive and cohesive, with solid evidence of physiologic rational.”

Up to 90 percent of individuals diagnosed with Parkinson’s are likely to develop speech disorders during the course of their illness, which can seriously affect their intelligibility.