CNN en Español Screens Documentary at Lehman College that Chronicles the Struggle of Undocumented Immigrants in the U.S. 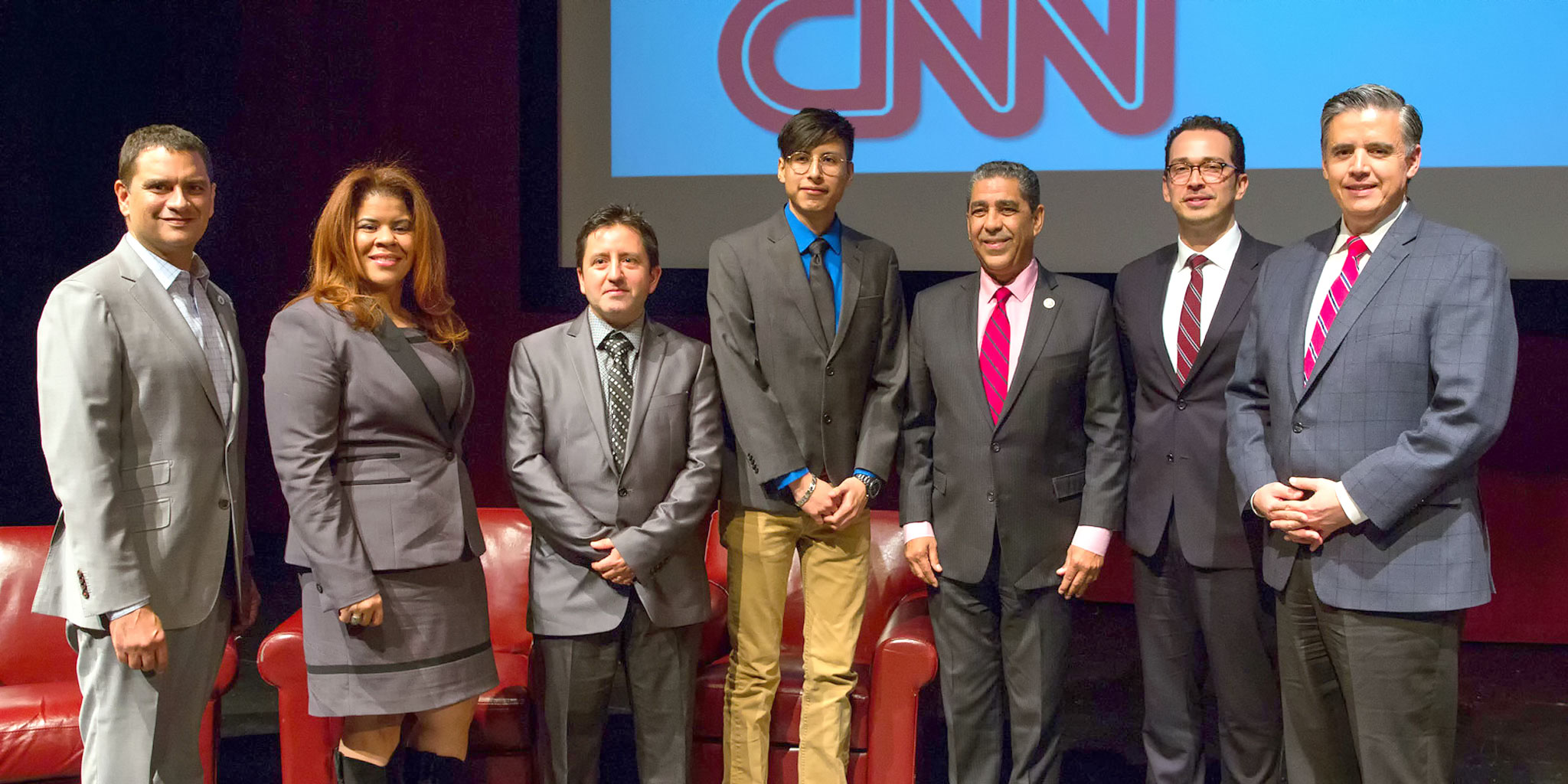 The fears and struggles facing Dreamers and Deferred Action for Childhood Arrivals-status immigrants have been generating front-page headlines ever since the Trump administration announced it was winding down the DACA program last September.

On March 28, CNN en Español screened its new investigative documentary Deportados at Lehman College. Deportados conveys the impact of living illegally in the United States and how it affects every aspect of an individual’s life. The film shows the tragic consequences of several undocumented immigrants, some of whom were separated from their families after being deported to their countries of origin. The producers describe the documentary as a film about people who have "lost the American dream."

The screening was followed by a panel of experts who discussed the film and the reality of those struggles for individuals living in New York City and the Bronx.

"It’s now been more than six months since President Trump announced his six-month stay of execution for the DACA program," said Lehman President José Luis Cruz, before introducing the film. "Since then we have now witnessed the flawed, cruel, and cynical underpinning of the administration's decision, but also with the flippancy that the lives of over 800,000 of our friends, students, neighbors, and family members have been treated. And how the lives of so many have been upended by the uncertainty of the political discourse and the real threat of deportation, a reality that haunts many families."

In his opening remarks, Bronx Borough President Rubén Díaz Jr., criticized the administration and Congress for their attacks on immigrants.

"Here in the Bronx we are a borough of 1.4 million and 41 percent of the people who live here were born in another country," said Díaz. "Unfortunately, Trump and Congress don’t see how valuable our immigration population is. If they would only pause for one second they would see that a place like the Bronx and a place like New York City have truly benefited from the hard work and the entrepreneurial spirit of the immigrant population."

CNNE Senior Political Anchor and panel moderator, Juan Carlos López, opened the panel discussion by observing that the stories seen in the documentary are all "stories that you can relate to…someone you’ve met who has a similar story."

Congressman Adriano Espaillat (NY-13th) was one of the panelists. He discussed how the documentary makes a case not only for the protection of the Dreamers, but also for immigration reform.

"[The documentary] highlights how complicated the issue of immigration is," he said. "A veteran and a transgender person deported, parents separated from their families. The issue of immigration includes the Dreamers, TPS [Temporary Protection Status] recipients, family reunification, and deportation. All of these issues are really what comprehensive immigration reform should be about."

Another panelist, Francisco Aquino Ramirez, a DACA recipient and member of the Lehman Dream Team, lent a unique perspective to analyzing the film and discussed how he evolved into becoming an activist for DACA and other causes.

"Through the advocacy group, the Lehman Dream Team, I found the courage and empowerment," he said. "I started out as a very shy, quiet person, and ended up taking to the streets, protesting things that were not just related to me. There's more to life than just working for yourself and climbing up the socioeconomic ladder. There are people around you, your family and friends who are also affected. I needed to find resources like the Mexican Studies Institute and the Lehman Dream Team, to give back to my community."