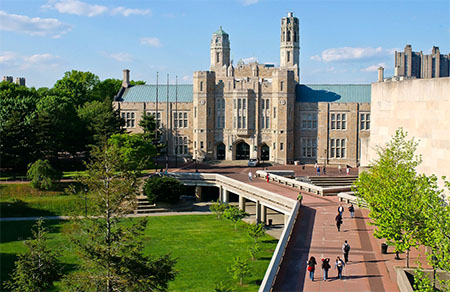 Campus climate studies measure an institution’s real and perceived environment—how people interact personally, academically, and professionally—and gauge its strengths and weaknesses around diversity and inclusion. Lehman College has engaged Rankin & Associates Consulting to conduct its own campus climate study, which will center around a college-wide survey disseminated in Spring '22. The survey's data will help inform the steps our campus must take to ensure it is a welcoming place, respectful of all ethnicities, races, gender identities, sexual orientations, and abilities.

Why Was a Task Force Created?
In 2019, as the College began work on its five-year strategic plan, “Lehman 2025: Roadmap to the Future,” it established several committees to examine and propose initiatives that Lehman could pursue to strengthen its position as a catalytic institution and one of the country’s most innovative public colleges. One recommendation was to undertake a campus climate study.

The College pressed forward with the recommendation, convening the Campus Climate, Diversity, and Inclusion Task Force in 2020 to take up the project. The initiative gained new urgency in the summer of 2020, amid a national reckoning with institutional racism following the murder of George Floyd and a deadly pandemic that disproportionately impacted people of color. As the country grappled with those parallel crises and saw, too, a disturbing rise in anti-Asian crime, it became clear that now was time to explore our commitment to inclusivity and social justice more fully.

The Task Force was asked to shine a light on areas where the College was doing well and areas where it could improve and produced an internal report as a first step. Task Force members also identified possible consultants who could support the College in conducting a scientific and evidence-based campus climate survey. The President’s Cabinet ultimately chose Rankin & Associates Consulting because of their deep expertise; the firm has conducted more than 200 campus climate assessment projects in the last 20 years.

What Role Has Student Activism Played in the Task Force's Creation?
Student activism helped set the stage for the Task Force. In 2019, the Latinx Student Alliance wrote a letter to the English Department and circulated a petition that garnered hundreds of student and faculty signatures about the need for greater diversity in the curriculum of English courses and major and minor paths. They proposed centering works by Latinx and Black authors so that Lehman students "would see themselves in their classes and as possible authors of their own texts." The English Department has since launched a revamped curriculum with a required core that includes African-American and Latinx literature courses. The department also created "Unsettling English Studies," an introduction to the major designed to challenge and redefine English studies to include the study of literature from any English-speaking country.

In 2020, a coalition of students and alumni from Lehman’s Department of Speech-Language-Hearing Sciences also called for greater representation of people of color both within the program and the wider discipline. Working with faculty, they enacted a multi-pronged plan for meaningful change that included the creation of a Diversity and Equity Committee to address the issues students raised.

Both examples illustrate the power of speaking out and the ability for open dialogue to create change on campus.

What Are the Task Force’s Goals?
Lehman’s 22-member Task Force is comprised of students, faculty, and staff. Using the campus climate survey, and with assistance from Rankin & Associates, it aims to:

1) identify what is already working to foster a welcoming and inclusive environment at Lehman
2) uncover any challenges facing our community, and
3) use the findings as a starting point to develop strategic initiatives to build on the successes and address the challenges.​

The survey is an important opportunity for you to share your experiences and perspective—to make your voice heard.

What Can the Community Expect?
The survey went live on March 1, 2022, and closed on April 8, 2022. Here’s a rough timeline of the project, from start to finish, including next steps for the community once the survey's results have been analyzed.