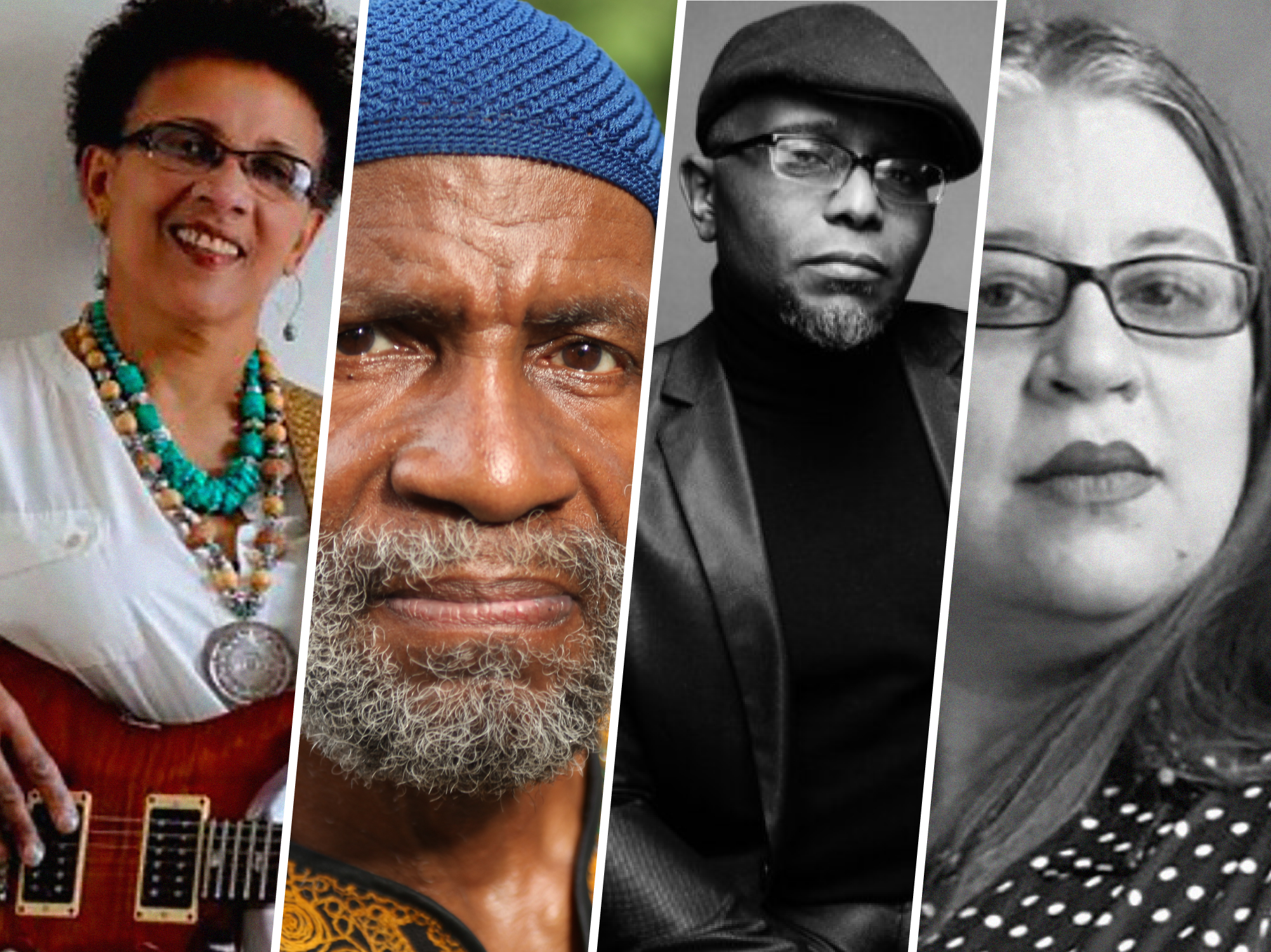 When 22-year-old Amanda Gorman reflected on the fraught state of the country at President Biden’s inauguration with her poem “The Hill We Climb,” she became, in that moment, one of the most visible examples of a rich tradition: Black poets who speak to the urgency of the day and center African American historical perspectives.

Today, an innovative initiative is giving the public an opportunity to learn more about that tradition, which stretches back some 250 years. And Lehman College’s Leonard Lief Library has taken a leading role in the effort.

Titled Lift Every Voice: Why African American Poetry Matters, the initiative is a yearlong, nationwide project of the Library of America and The Schomburg Center for Research in Black Culture. It engages audiences in a deep exploration of African American poetry and its relationship to American history, Black Americans’ diverse experiences, and the struggle for racial justice.

Lift Every Voice launched last fall with the Library of America’s publication of African American Poetry: 250 Years of Struggle and Song, the biggest, most ambitious anthology of Black poetry to date, edited by Kevin Young, director of the Smithsonian’s National Museum of African American History and Culture. The anthology includes poets long established in the literary canon as well as contemporary writers.

Apart from the anthology’s release event at the Schomburg Center, Lehman is the only venue in New York City that was chosen to host Lift Every Voice programming. Throughout the month of February, Leonard Lief Library, in partnership with One Book One Bronx, a community book club and discussion group, will cosponsor a series of events that call attention to the achievements of contemporary African-American, Afro-Latinx, and Afro-Caribbean poets.

The push is part of what Leonard Lief Library staff see as their overall mission. “Libraries are very focused right now on making sure they represent the communities they serve and finding ways to diversify their collections so that people see themselves and hear their own voices,” said Leonard Lief librarian Robert Farrell.

Lehman’s involvement with Lift Every Voice began in early 2020, when Farrell contacted Ron Kavanaugh, a past collaborator and the founder of One Book One Bronx and its parent organization the Literary Freedom Project, about applying for one of the 50 Lift Every Voice grants awarded to libraries, museums, and nonprofit cultural institutions to host public programs.

“One of the things that we’re committed to at the Literary Freedom Project is developing programs that engage the community directly,” Kavanaugh said. “When Robert approached me, I immediately started thinking in the context of how this would work with One Book One Bronx, and how we could fit that in with what we do week to week.”

The two decided to focus on Black language and music, a core theme of Lift Every Voice, using a conversation with the poet Tyehimba Jess, who will perform parts of his Pulitzer Prize-winning book Olio, to anchor the series. The book weaves in sonnet, song, and narrative to examine African American performers’ lives before and after the Civil War up to World War I. A reading group will gather throughout the month to discuss Olio in anticipation of the event.

Olio was an ideal choice, Kavanaugh said, because of the connections it makes to history, cultural studies, and social studies. Once Jess agreed to participate, Kavanaugh and Farrell brainstormed other events that could be included to create a series centered around his reading. The organizers of the Lift Every Voice initiative were impressed with the proposal and awarded Lehman a grant to make it happen.

Among a wide range of discussions, performances, and readings, the series—which is also receiving support from the CUNY Center for the Humanities—includes events with Philadelphia Poet Laureate Trapeta B. Mayson, Chicago poet Tara Betts, and the iconic poetry group The Last Poets.

In addition, it will include a panel discussion and performance, “Black Cuir Revolutions: Reflections on Brazil, Colombia, Cuba, and the Bronx,” sponsored by the Lehman Latinx Student Alliance, Activism in Academia, the Lehman Envision Anti-Racism Collective, Lost & Found: The CUNY Poetics Document Initiative, the Lehman LGBTQ+ Alliance, PSC CUNY Lehman Chapter, and Wendy’s Subway. Plans for an Afrofuturism-focused event featuring the poets Harmony Holiday and Hanif Abdurraqib, and hosted by the CUNY Center for the Humanities, are also being finalized.

“It’s an honor that we were selected to do this,” Farrell said of the series. “I'm just over the moon with the quality of programming that we've been able to pull together.”

Although Farrell and Kavanaugh would have preferred in-person events, the virtual format necessitated by the pandemic has some upsides. For one, it enabled them to expand their audience and bring in guests from across the country.

That’s key because increasing the public's engagement with literature requires not only a more inclusive literary canon, but also more opportunities for access and the exchange of ideas, Farrell said.

“You have to be committed to the idea that there are people out there that want to be connected to books and literature if they can just find a place or a space that reflects who they are,” Kavanaugh added.

In the end, Kavanaugh hopes audiences will leave with a better understanding of African American poetry’s centrality to the greater history of American poetry, so that “when you think of American literature, you understand that Tyehimba Jess should be in that conversation, and Toni Morrison, as well as Robert Frost and John Steinbeck.

See below for a list of Lehman College and One Book One Bronx Lift Every Voice events, and click here for more details on their blockbuster programming.

Tuesdays, Feb. 2, 9, and 16
7 p.m.
One Book One Bronx Reading and Discussion Group:
Olio by Tyehimba Jess
Event information and registration