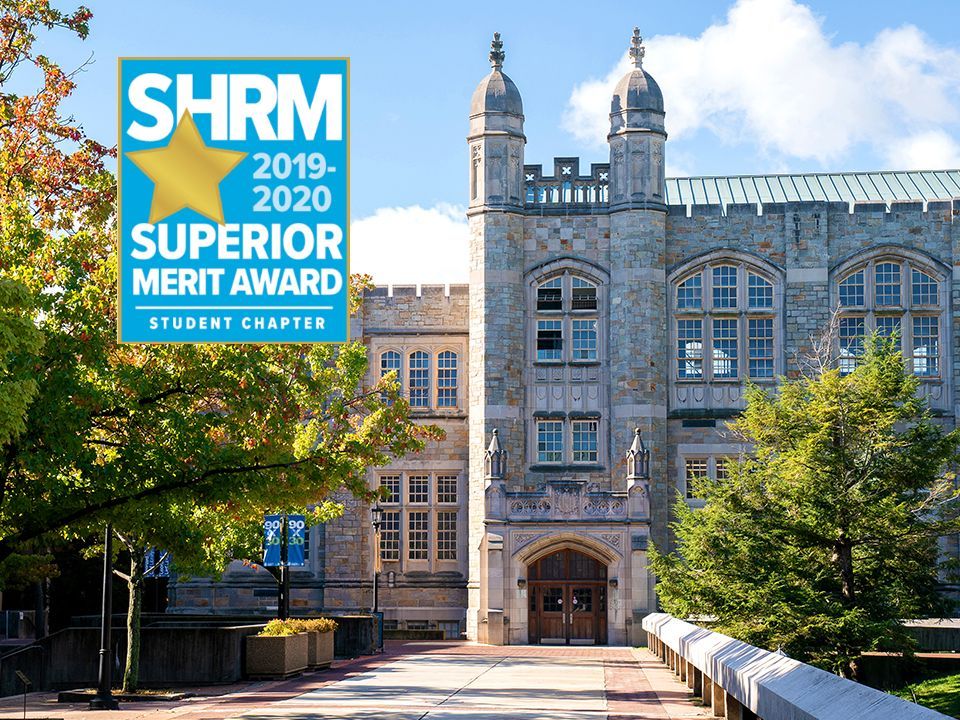 With over 1,400 undergraduates alone, Lehman’s Department of Economics and Business houses some of the College’s most popular majors. Students in the department consistently compete in—and win—professional challenges, and 2020 was no different. For the sixth straight year, the student chapter of the Society for Human Resource Management (SHRM) was recognized by its parent organization, SHRM national, with an award for excellence in activities including programming, operations, membership development, and support of the human resources profession.The competition is highly competitive and includes student chapters from institutions across the nation.

This year, the Lehman chapter received a Superior Merit Award, alongside chapters at Northeast institutions including Rutgers and New York University. Lehman’s was the only chapter from a CUNY institution to be recognized. The Superior Merit Award is the second-highest award bestowed by SHRM, and this marks the second year that Lehman has received the honor. Previously, it received two Merit Awards (2017 and 2018), and two honorable mentions (2015, 2016).

“We have been awarded this every year since Professor Shirley Bishop took over as the faculty adviser for the chapter, and [she has] worked tirelessly alongside our HR Management student chapter leaders and students,” said department Chair Dene Hurley.

SHRM is an international professional development and advocacy organization with over 300,000 members in 165 countries.

A video of the virtual awards ceremony, held in August, can be viewed here.