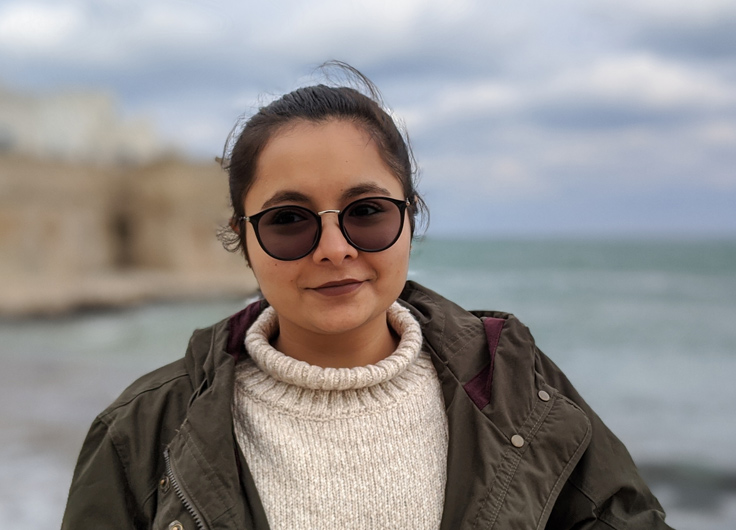 When COVID-19 was declared a pandemic, Lehman College students on Fulbright and study abroad programs faced a choice: return to the U.S. as they were advised, or stay—with no guarantee of getting home in the near future. We recently spoke with four students who had to make this decision. 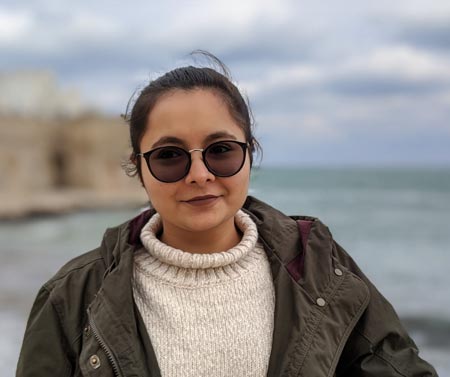 Amna Azeem, ’19, was a Fulbright recipient teaching English in Bulgaria. Bulgaria is used to dealing with seasonal flu, Azeem said, and commonly institutes distancing measures during severe outbreaks. With news of COVID-19’s spread into Europe struck, the government’s response was a one-week school closure.

“We were hearing stories from Italy about [people] who were being sent home,” said Azeem. “I was connected to a lot of people...[all] over Europe, so I had an idea like, ‘OK, Serbia is very chill about this, this country’s freaking out…Germany did not even issue a warning. We were all saying, ‘I guess we’ll just see how Bulgaria plays out.’”

The school suspension was extended to three weeks. Unable to teach, Azeem grew bored and decided to go to Sofia, a five-hour drive away, with friends she made through the program. A day after she arrived, the Bulgarian parliament announced a national state of emergency, Azeem said. “I got back to Ruse and that’s when we got the email [from Fulbright saying], ‘We want you to go home. If you stay, you’re on your own,’” said Azeem. “They said, ’We’re going to give you your grant money, so get back as soon as possible.’”

Meanwhile, she received news that many departing flights from Sofia were cancelled, and some national borders were closing.

“So that’s when the panic started,” Azeem said. Bucharest, Romania, an hour north, was the only other city of departure. Azeem purchased an airline ticket out of Bucharest Friday evening, and on Sunday morning headed to Romania—with no guarantee she could cross the border.

Fortunately, she was able to cross, and was soon back in New York, self-isolating at an airport hotel. In spite of the chaotic experience, Azeem has great fondness for Bulgaria, and hopes to return one day.

“I really liked being there,” said Azeem, who will enroll in a doctoral program at Penn State this fall. “So much so that I considered putting grad school off for one more year—but then I had to talk myself out of it,” she said. 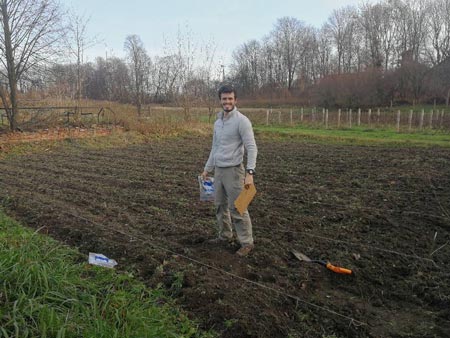 Another Lehman Fulbright winner, Konrad Wysocki,‘19, chose a very different path. Wysocki had just earned his master’s in biology when he went to Poland last September to conduct research on the genetic diversity of native hops varieties there (hops is used to brew beer). Working with faculty and students at University of Rzeszów, his project was well underway when the pandemic spread into Europe.

The program was suspended, and participants were given an option to return home, Wyscoki said. He chose to stay.

“I’m in contact with my family in New York, and...I made the decision to stay in Poland because I thought it would be the safest thing to do,” he said. “The Polish people really took [COVID-19] seriously. … [T]he announcements were, ‘Everybody stay inside’ and that was it, you didn’t see anybody for weeks. So I felt safe here.”

Even though the program was suspended, Wysocki remains ambitious and is determined to complete his research.

“Everybody here is excited about this project,” he said. “Not only do I have professors here that are part of my project, but I also have students who are very interested in what I’m doing.”

Although Wysocki is on his own now, he has maintained contact with professors and the Polish Fulbright commission.

“I’m all alone, but that’s one thing the Fulbright taught me—how to be self-sufficient,” he said. “I also made a lot of friends–we’re hanging out. I’m not really by myself here, I have a huge support group.”

“Poland is starting to open up, I’ve got a nice tan, my family is still ok,” said Wysocki. “I think I made the right decision.” 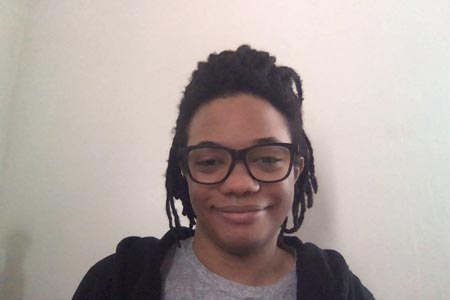 In early January, Andrew Shillingford, a senior majoring in math and philosophy, arrived in Fukuoka—on the southern island of Kyushu—for a semester at Seinan Gakuin University. He was looking forward to continuing his study of Japanese, and learning more about the country and culture that had fascinated him since he first discovered anime.

Shillingford lived at I-House, a residence for international students.

“I made friends from all over,” he said. “Most of the students were from the United States, but there were also some from China, Taiwan, Thailand, Hungary, and Iceland.”

He said that what he enjoyed most was talking to people from different countries and being exposed to a diverse range of perspectives.

As the COVID-19 cases started increasing in Japan, his university took some precautions and moved all courses online. Back in New York, the director of the study abroad program advised students to return home.

Shillingford was one of them.

“My parents were supportive,” he said. “They wanted me to do what I wanted to do, as long as I could stay safe and healthy.”

In April, the students were restricted to their dorms after an outbreak of COVID-19 in the region prompted more extreme safety measures. The isolation, and Shillingford’s dwindling group of friends, led him to change his mind about staying in Japan. So when the remaining students were recalled to the U.S., Shillingford was fine to go, he said.

He returned on May 2, and finished up the semester while in a 14-day quarantine at home. Although it didn’t turn out as planned, the overseas experience was worthwhile, he said.

“I had a great time, and I don’t regret going.”

Rodriguez had arrived in France on Jan. 1, eager to experience life in a new place.

“All my life I’ve lived in the Bronx, [and] I needed a change of pace,” Rodriguez said. “I was tired of working two jobs, four in the summer, being a full-time student—it was the same thing every day. Once I went to France it was something different, I was able to calm down, not be anxious, or stay in the same place I’m at every day.”

In addition to taking five courses, Rodriguez traveled the region when he could, including two trips to nearby Barcelona. When he first heard about COVID-19 early in the semester, the disease was assumed to be limited to China.

“We didn’t think about it much,” he said. “But as weeks went by…things got serious,” he said. “There was nobody outside. They were stricter. You only got to go out for one hour a day, and you needed a certificate.”.

If it weren’t for the pandemic, Rodriguez would have stayed in France until his visa expired in June. But with self-quarantine restrictions in place, he chose to leave even before CUNY recalled students from overseas.

Rodriguez said the experience of living in another country was liberating, and he hopes to return.

As for next year’s study abroad programs, Teresita Levy, the program’s director, said they may begin running again in January.

“However, the safety and health of our students is most important, and all decisions to move forward with travel will follow CDC/WHO recommendations, both U.S. and foreign government directives, and travel advisories,” she said. “Be assured that Lehman College global partnerships will continue, and we are exploring ways to bring virtual international experiences to our students.”

As of now, Fulbright programs have been suspended through Fall 2020 but are scheduled to resume in January 2021. Three Lehman College students will be participating in next year’s Fulbright teaching program.