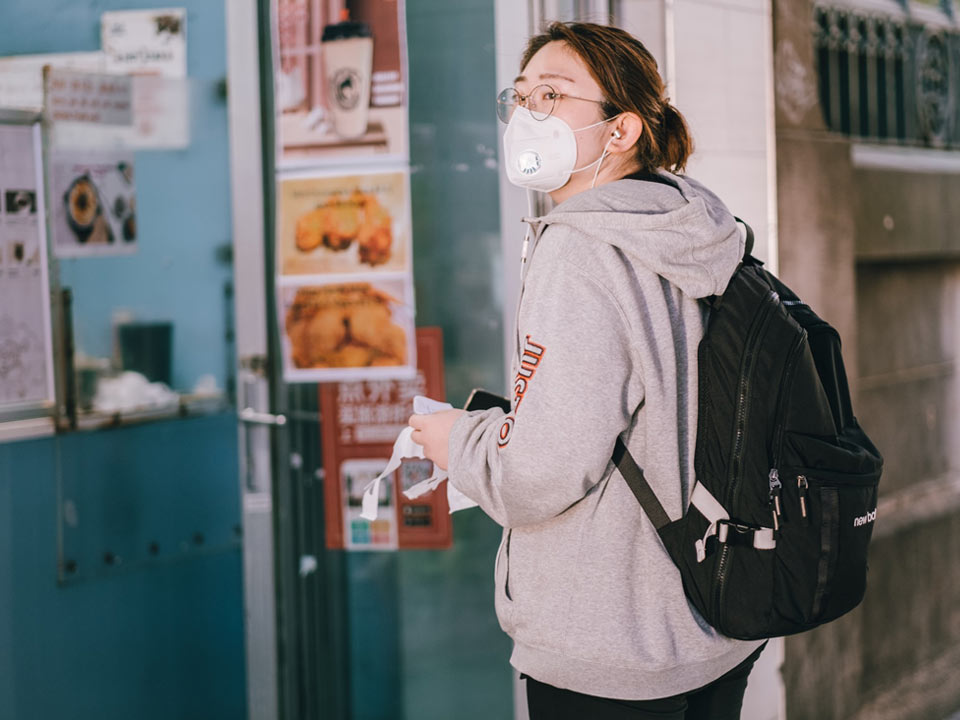 The lack of available testing in the early stages of America’s coronavirus pandemic has been blamed as one of the culprits for the country’s inability to limit the virus’s spread; however, a new study by a pair of Lehman physics professors finds that not only would more testing have had little impact on the severity or the duration of the pandemic, but had mask wearing and social distancing guidelines been in place from the start, a lockdown would only have been required for society’s most vulnerable populations.

The findings were published on June 17 by Distinguished Professor Eugene Chudnovsky and Professor Dmitry Garanin on the open-source MedRxiv platform, a site that provides access to unrefereed preprint research articles. Preprints have not been peer reviewed; they instead are made publicly available so that the findings can be immediately accessed and discussed within the scientific community and the public at large.

The Lehman physicists combined their expertise in theoretical and mathematical physics to understand how the decrease in the transmissivity of the virus, achieved through lockdown, social distancing, face masks, and testing, affects the severity and duration of the epidemic, as well as the prospect of its management by the health system.

Chudnovsky and Garanin have previously collaborated to develop mathematical models of material science problems. The physicists decided to apply their collective knowledge of modeling complicated processes in flame propagation to the COVID-19 epidemic, Chudnovsky said, to test how independently burning “fires” or viral hotspots behaved based on the types of mitigating protocols that were adopted. Did the hotspots flare and eventually meet or did the protocols extinguish the fire?

In a summary of their findings, Chudnovsky and Garanin conclude that “certain universal mathematical features of the epidemic, combined with the mortality data on COVID-19, raise doubt about the manner in which the epidemic was handled. “As we understand now, the right course of action would have been the lockdown only of the vulnerable portion of the population...with the rest of the population functioning normally,” said Chudnovsky. “This would do the job.”

They also found that, unless a substantial portion of the population is tested daily, testing as it is currently conducted—and the quarantining of those who test positive—has little effect on the number of new daily infections or the total number of people who contract the disease during the lifetime of the epidemic because the rate of testing and subsequent quarantining simply cannot keep up with the rate of infection.

“When the fraction of people tested daily is small,” Chudnovsky and Garanin wrote, “the effect of the testing on the number of people who contract the virus daily is small too.” In order to reduce infections by 50 percent, as much as 10 percent of the working population, or 15 million people, would have to be tested on a daily basis.

Rather, the physicists suggest testing a random sample of asymptomatic people regardless of their medical history in smaller geographical areas, which would indicate what percentage of the local population carries the virus.

"For example," he said, "in a small town, testing 100 randomly picked people must be enough. In a large city like New York, different areas may have different levels of infection. They will have to be found through sampling such areas independently but in each study a random sample of a few hundred people would do the job."

The results suggest that, in the event of a second wave—or the outbreak of another novel virus in the future—specific, targeted protocols may be government officials’ best shot at defeating a disease before it reaches the epidemic stage.

By way of example, Chudnovsky contrasted the public response to COVID-19 with that a severe flu epidemic, a more familiar scenario.

In the case of COVID-19, such protocols—as well as an economic lockdown in most states—have been used to “flatten” that steep curve. While they have not always reduced the number of people infected, they have slowed down the infection rate, so as not to overwhelm the health care system. This approach, however, has also increased the duration of the epidemic.

"Measures, if anything, they stretch the epidemic,” he said.

Chudnovsky said that the virus' trajectory in New York City, unlike other locations, mimicked what is usually seen with the spread of the flu, with a relatively steep increase and decrease of infections over a period of several months. Factors included the city’s high population density, household demographics, and a large number of infected people arriving in the city from Europe. Furthermore, he said, the delay in the shutdown permitted an unhindered, exponential community spread of the virus before any mitigation began. In other words, it was the initial infection rate, rather than the subsequent response, that determined the course of the epidemic in New York.

While not typical, New York’s experience with the coronavirus is, however, instructive. Chudnovsky and Garanin’s model suggests that, had there been no delay in implementing protective measures like social distancing and mask wearing, the exponential spread may not have been so rapid—and with more safeguards in place, a near-total shutdown may not have been necessary.

Their research indicates that very early mitigation measures may even prevent the increase of infection in the first place, so that it remains in what they call a “subviral regime”—a state in which the virus has access to fewer hosts, and in effect burns itself out before it can spread.

Day-to-day, this would mean that mask-wearing and social distancing, as well as increased disinfection measures, should be implemented as soon as a novel virus is identified, and well before a regional outbreak is detected.

Furthermore, Chudnovsky is optimistic about our future encounters with novel coronaviruses that cause diseases like COVID-19, in part because he is confident that they are not as “novel” as we may think.

“This kind of coronavirus that moves from animals to humans has emerged constantly …since humans were around. This has occurred on a regular basis,” he said. “We [now] have the technology to analyze the virus, we know that it is not a bad flu, but in the past, that’s what it would have been considered. So, it’s very likely that we have experienced this in the past. But when it emerges next time, it would be good to take measures right away to keep it in the subviral regime…before it develops into an epidemic.”

Even for the seasonal flu, for which we have both vaccines and some degree of immunity, Chudnovsky believes that more aggressive measures could be taken.

“If we implemented the same measures, like wearing face masks and social distancing, during flu epidemics, we could have saved tens of thousands of lives,” he said. “That’s what people do in Asia. We should absolutely do that in this country.”

In April, Chudnovsky and his colleague Luis Anchordoqui published a study on airflow’s effect on viral circulation.