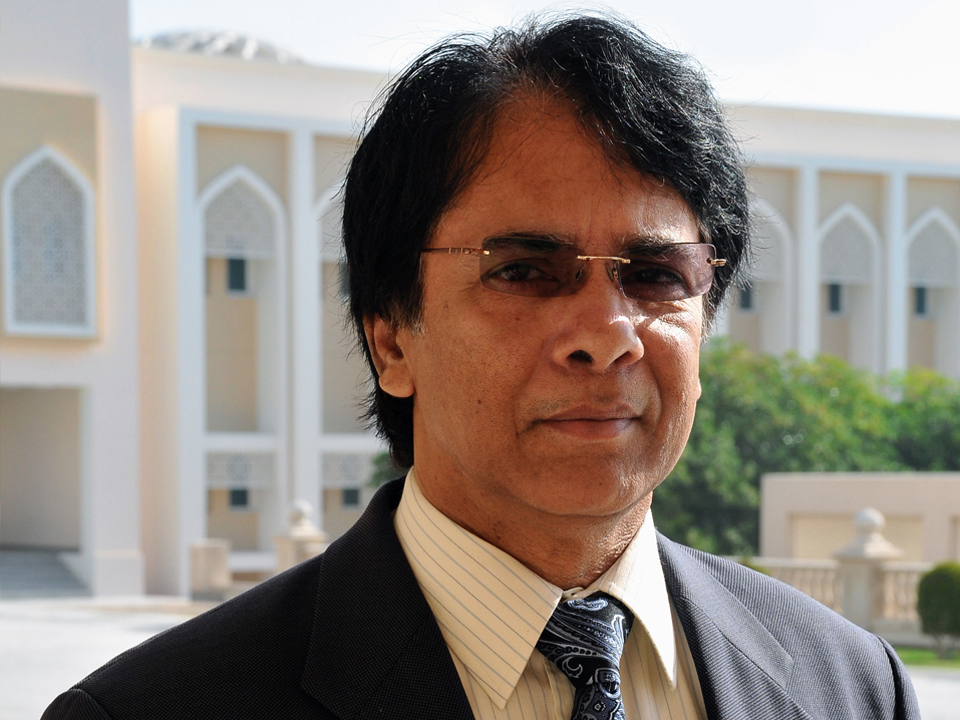 The Lehman College community mourns the loss of Gautam Sen, former dean of the School of Natural and Social Sciences at Lehman College, who died on June 25 from complications of pulmonary fibrosis. He was 67.

Sen was an internationally renowned geologist whose interest in the chemical composition of the earth’s crust led him all over the planet, including field work in the Caribbean, continental United States, Hawaii, and India.

“Dr. Sen was a globally-recognized scientist and scholar whose kindness and enthusiasm touched the lives of everyone who knew him at Lehman College,” Lehman College President Daniel Lemons said. “I join a vast community of scientists around the world, in the CUNY system and here at Lehman in mourning Gautam, whose death is a profound loss for all of us.”

One of those scientists is Department of Earth, Environmental and Geospatial Sciences Associate Professor Yuri Gorokhovitch, who remembered Sen provided valuable guidance when he and a colleague were awarded a grant to purchase x-ray fluorometry analyzers, which are used to determine the chemistry of rock samples.

“When we got the grant Gautam was very involved in the training process and provided valuable guidance to all of us,” he said.

Use of X-ray fluorometry opened doors for the department to work with the Smithsonian Institution on the mineral composition of historical building coatings, to search for Mayan mercury mines in Honduras and to help Mount Vernon middle and high school students learn about the physical environment, Gorokhovitch said.

“Dean Sen led the School of NSS with a kindness and collegiality that encouraged collaboration. He worked to build synergies inside and outside the school, with institutions in the Bronx, and throughout the city,” said Lehman College Provost Peter Nwosu.

Sen was appointed dean of the School of Natural and Social Sciences in 2014. In August 2018, he returned to the faculty of the Department of Earth, Environmental, and Geospatial Sciences to teach earth science and work on his most recent manuscript, Subduction Zone Magmas.

Prior to his arrival at Lehman, he was founding vice provost for Research and Graduate Studies at the American University of Sharjah in the United Arab Emirates from 2010 to 2014.

He spent the majority of his career at Florida International University, where he began as a faculty member in the Department of Geology and was eventually appointed associate dean of research for the College of Arts & Sciences. Among his many professional accomplishments there, he created the Florida Center for Analytical Electron Microscopy, where he procured the first electron probe microanalyzer, “SuperProbe” in the southeastern United States.

Sen is survived by his wife Sanjukta, and his two children, Smita and Gaurav.

A memorial service for his family, friends, and the Lehman community will be held at 11 a.m. on Sunday, July 14, at Sundaram Tagore Art Gallery, located at 547 W 27 St. in Manhattan. The College will hold a memorial service in early September.