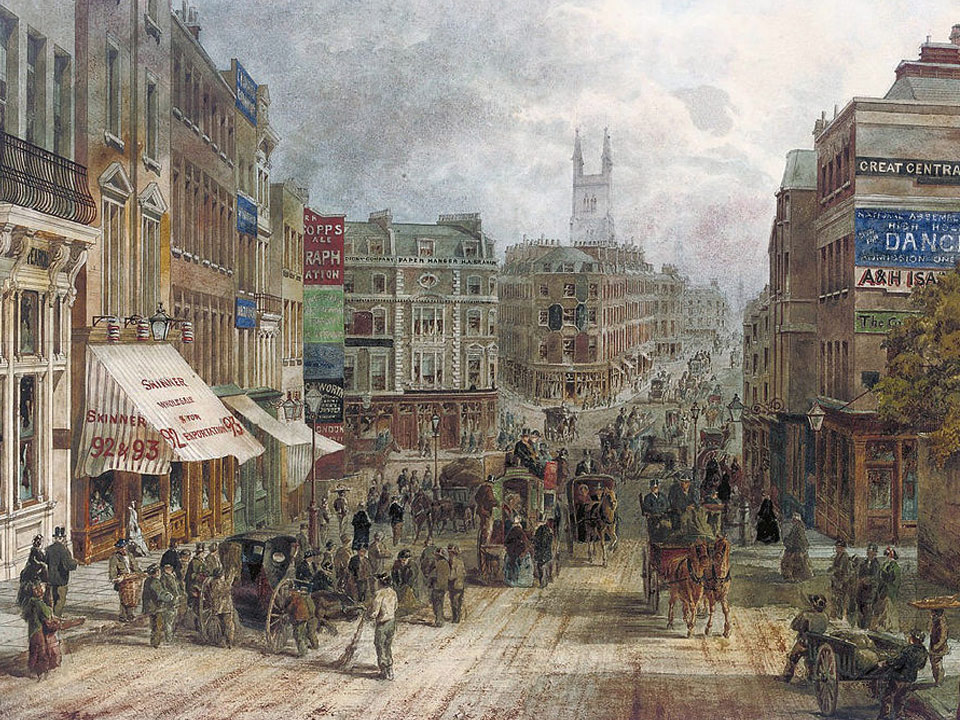 Scholars and fans of 19th century British literature will recognize names such as Oscar Wilde, Algernon Swinburne, and Christina Rossetti. But what about the authors Michael Field?

That’s right, authors. “Michael Field” was the pseudonym used jointly by two women who worked and lived in partnership, Katherine Harris Bradley and Edith Emma Cooper. Together, they produced over 40 collections of poems and verse plays under the name Michael Field, at the height of the late 19th century artistic movement known as British Aestheticism.

Who was Michael Field? Bradley and Cooper were aunt and niece, respectively—as well as literary collaborators, romantic partners, and housemates. Their early work found popular success under the name Michael Field in the 1880s, and more recently, literary historians and critics have rediscovered and praised their poetry. However, their most prolific writing was in diary form. Co-written between 1888 and Cooper’s death just before World War I, these diaries remained largely unexplored. And, except for a heavily redacted version published in the 1930s, they exist only in manuscript form, inaccessible to most scholars, students and interested readers.

Lehman College English professor Olivia Loksing Moy is looking to change that. Recently, students in Moy’s rare books and archives seminar transcribed a portion of Field’s diaries. Their work contributed to the Michael Field Diary Project, an initiative led by Marion Thain, a professor at University College in London, which seeks to digitize all 29 volumes of Field’s diary manuscripts. As a group, the class transcribed over 500 pages—just a portion of one volume.

Opportunities to interact with literature at this level are few and far between for many undergraduate students, Moy said. She emphasized the need to make this kind of hands-on work in the humanities more available—and more accessible—at the college level.

“If you can interest people early on and train people early, that’s important in ensuring that this transmission of culture continues,” she said.

The transcription project is a testament to the diaries’ historical value, said Moy, and historians’ belief that they deserve a wider audience. In addition to documenting the cultural life of London and Europe at the turn of the 20th century, and providing a window on Field’s relationships with the period’s notable artists and writers, they also offer a rare and intimate view into the private lives of two 19th-century women who lived, loved and wrote together.

The experience of working with Fields’ handwritten manuscripts made a deep impact on Moy’s students, who are far more accustomed to reading digital text on a screen, she said. Working in pairs, the students transcribed sections, and then cross-checked the work of other pairs in the group several times over. For some students, this intensive engagement with the texts fostered an emotional relationship to the authors.

“The diaries that I transcribed felt very intimate, and they brought Katherine Bradley and Edith Cooper to life for me in a way that reading their published works could not,” said Deirdre Fanzo, a student in the course. “I felt as though I got to know them, and was able to relate to them more as people than I had been able to relate to Michael Field as an author.”

Hardik Yadav, another student transcriber, described the thrill of encountering an original manuscript for the first time.

“You got to see more than a century-old work in the writer’s own handwriting. And with Michael Field, that curiosity is only taken further because you have two hands at work—one long work of their diaries,” he said. “And if you know their context, you’ll find this is rather two hearts being poured into one work.”

For the first event in the Women’s Studies Department’s spring lecture series, Moy and some of her students will discuss Michael Field and their work transcribing a portion of the Field diaries. The talk, entitled “The Michael Field Diary Project: Archival Transcription in the Classroom,” will take place at 12:30 p.m., Wednesday, Feb. 19 in Carman Hall, Room 221, on the Lehman College campus.