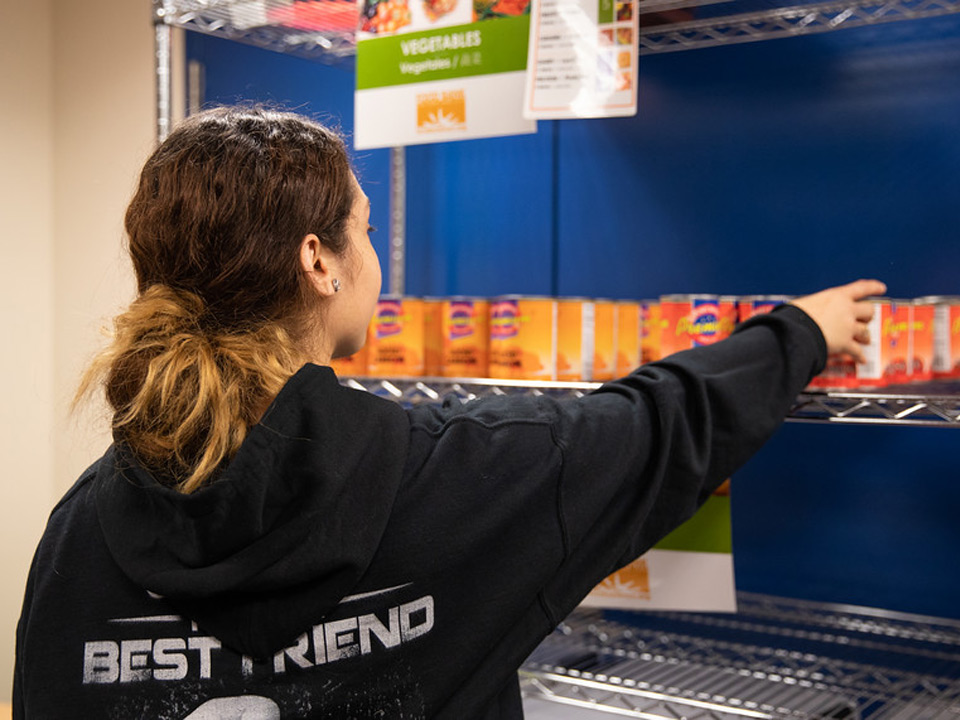 Before the novel coronavirus outbreak, the Herbert H. Lehman Food Bank served between 80-100 Lehman College students per week. After, when non-essential businesses were forced to close and many lost their source of income, that number spiked to 322—more than a 300 percent increase.

While many went into a fear-shopping frenzy upon hearing that New York would effectively shutter most its businesses, there were those for whom the news struck a deeper blow. For many families that struggle financially, it’s not as much about buying enough of everything, but about how they would keep themselves and their families fed on a day-to-day or even week-to-week basis without a paycheck.

Lehman’s Associate Director of Campus Life Suzette Ramsundar knew this. When Lehman announced that only essential staff would be allowed onto the campus, her office quickly recalibrated the food bank’s operations. For the pantry’s first day of food distribution after in-person classes were suspended, staff members prepared 106 pre-packed grocery bags for students to pick up. They thought they had figured out a rhythm that would work, but the following week fewer students than had registered arrived to pick up their packages. It happened again the next week.

“They were afraid to come to the campus to pick up the food,” Ramsundar said. “So, I figured if everything else could go online, then why not the food pantry?” Staffers came up with a new plan: with a virtual food pantry, instead of signing up to receive food, students could register to receive a Target gift card, purchased by the pantry. As of April 23, the food bank has issued 700 gift cards, ranging from $25 to $75.

In a follow-up survey, students expressed their gratitude. Tucked between the “thank yous,” some students shared bits of their stories, of days filled with grief, helplessness, anxiety and fear. One student wrote, “My husband is not working, and me neither. This is a horrible situation not having food to eat.” Another said that he had lost his job as a waiter at a restaurant and that he and his family had tried other food pantries. “I’ve never felt so powerless my whole life,” he said.

“The thing that has struck me the most about Lehman students during this time is just how vulnerable they really are,” said Ramsundar. “In some cases, they are the primary bread winners and caregivers in their family. For so many of them, life was a delicate balance before coronavirus.”

By now it is clear where the need lies. Despite a disappearing budget and a growing constituency, Lehman’s Virtual Food Bank continues to do its best to meet the students where they are. But for how long?

To donate to the Lehman Cares Student Emergencies Fund, go to https://secure.qgiv.com/for/lehcam/