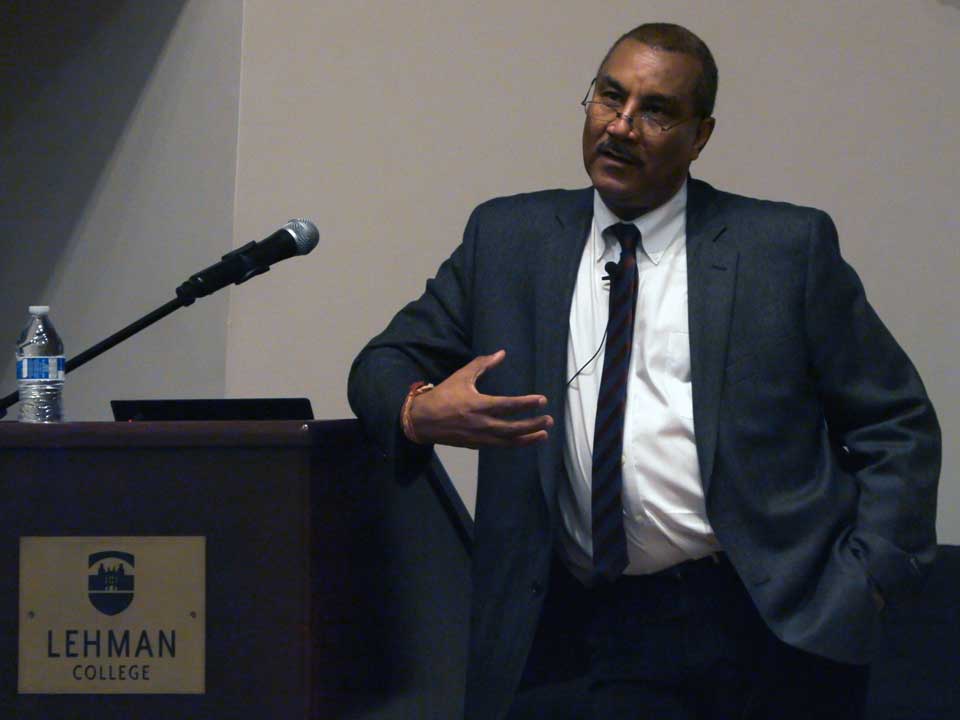 Chemistry is not limited to the laboratory. Chemical reactions ripple throughout our entire environment, including far into the Earth’s upper atmosphere, and one of the most important of those reactions has to do with the presence of water.

The role of water in atmospheric chemistry was the subject of the 39th annual Arthur Sweeny Memorial Lecture, given on Friday, March 22 by Dr. Joseph S. Francisco, the President’s Distinguished Professor of Earth and Environmental Science at the University of Pennsylvania.

Francisco’s talk, titled "From Complexes to Aerosols: New Insights into Atmospheric Chemistry," focused on the chemical reactions that happen all around us, and specifically the consequences of increased water vapor in the Earth’s atmosphere produced by climate change.

Francisco emphasized the importance of the role of water in atmospheric chemistry.

"What have I learned? Water is important!" he said.

The Sweeny Memorial Lecture is given annually by an outstanding scientist or specialist in science education. It was established in 1980 by former students of Arthur Sweeny Jr. as a tribute to the much-beloved professor who taught for 44 years at Hunter College and Lehman. The event continues to draw those who knew Sweeny or studied under him, including one of Sweeny’s first research students, Janet Brown, who has given a past Sweeny lecture and was in attendance this year.

Francisco is a foremost authority in the field of atmospheric chemistry and sustainability, and was a former elected president of the American Chemical society, the organization that certifies chemistry programs at institutions of higher education in the United States. In addition, as an educator and active researcher, he continues to serve as a role model for students and young researchers in his field.

Francisco's presentation was followed by an awards ceremony for Lehman students and adjunct faculty. With the highest grade point average in the Biochemistry program, Chinelle Hutchinson received the John Paul Clay Award for Academic Excellence; Wildy Joseph received the Student Citizen Award; and Edruce Edouardzin, who is bound for a doctoral program next fall, received the Sweeny Achievement Award for Academic and Research Excellence. Lehman alumnus Andre Ferguson received the Barrington Downie Teaching Award, which recognizes excellence in chemistry adjunct instructors. Each of the honors included cash awards.