Summerworx Events Heat Up on Lehman's Campus All Season Long 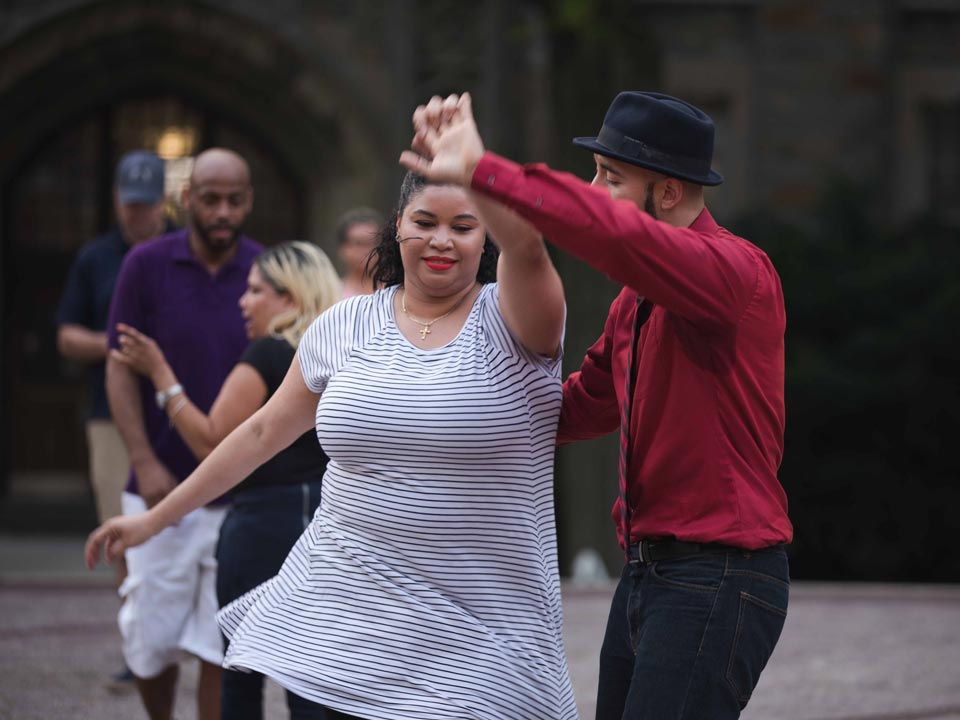 Photo of students dancing the Salsa

You know summer is in full swing at Lehman College when you hear the rich sounds of a live band playing salsa music and a crowd of people buzzing with joy. This was the scene one recent evening, when Lehman Stages kicked off its 2019 Summerworx series with "Salsa Under the Stars."

The 12-piece band, Orquesta Jeryco, performed crowd favorites from Oscar De Leon, José Alberto and Victor Manuel. And guests—whether young or old, new to the rhythms of the dance or seasoned pros—pulled their partners close and moved to the familiar 1-2-3, 1-2 beat of the music. View more photos here.

More than 150 people from the surrounding Bronx community showed up for the event, which took place July 10. "We've built a nice audience over time," said Dante Albertie, director of Lehman Stages.

This year marks the 12th year of Lehman Stages' Summerworx series. In addition to "Salsa Under the Stars," the series includes two outdoor film screenings, a poetry showcase and culminates with the Kids Rule weekend in August. The events, which are all free, have become a summer staple and appear regularly in blog articles with titles like "Things to Do and Places to Go in the Bronx."

To maintain its free admission rate, Lehman Stages relies on a small budget and donations— this year's event was made possible thanks to a grant from New York City Councilman Andrew Cohen.

Summerworx 2019 will continue at 7:30 p.m. on Wednesdays, starting with a screening of Spider Man: Into the Spider Verse on July 17; "A Poetic Affair," on July 24; and a film screening of Incredibles 2 on July 31. The Kids Rule Weekend will take place on Aug. 3–4.

All events take place outdoors on the Lehman campus. In case of rain, events will be moved to the Lovinger Theatre. For more information on upcoming events, visit lehmanstages.org.