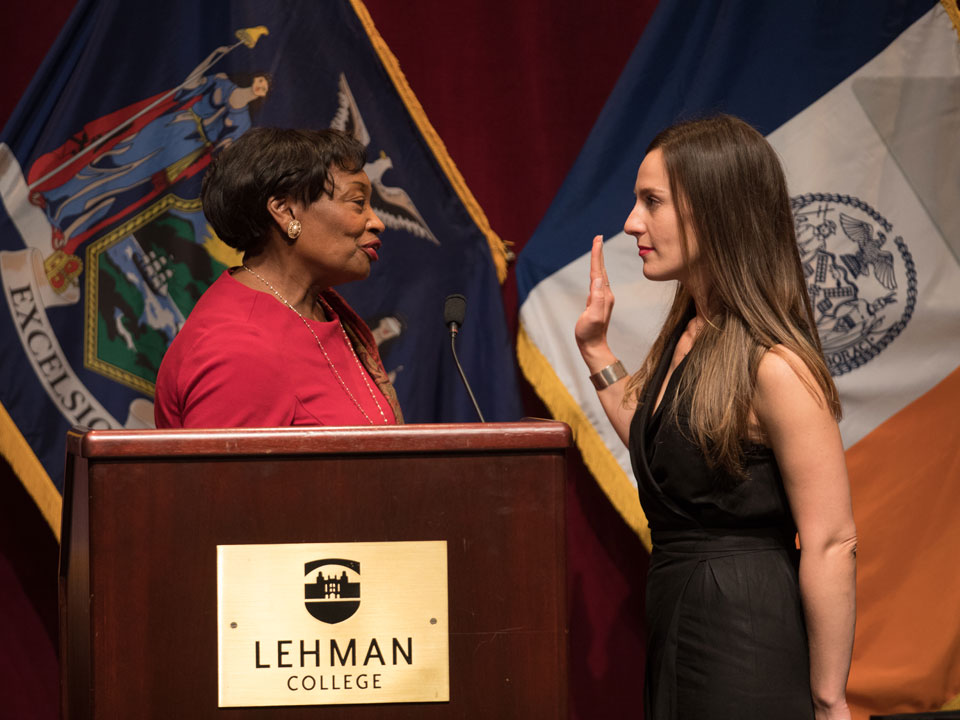 Biaggi, whose mother and grandmother attended Lehman, represents a district that covers part of the Bronx, including the college. The ceremony reflected the local community with students from Bronx Theater High School giving dance and spoken word presentations, a musical performance from the Bronx Opera, and an audience full of campaign volunteers, interns, supporters, and politicians.

During her inaugural address, Biaggi noted the number of young people who were involved in her campaign. She promised to visit each high school in her district to talk about the importance of getting involved in local government and to encourage voter registration among students.