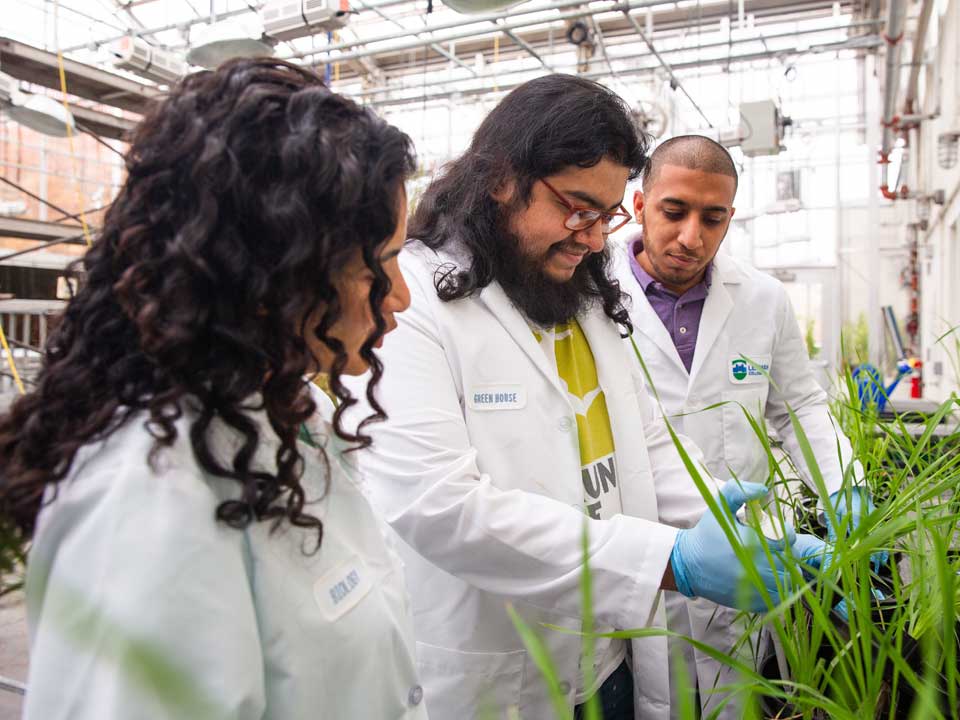 New Yorkers may know the New York Botanical Garden (NYBG) for its historic greenhouse, rare plant collections, and orchid show. Many may not be aware, however, of the garden’s role as a research center and academic partner. It collaborates with a consortium of six regional higher education institutions, including Lehman.

On Tuesday, April 2, faculty from the Botanical Garden and Lehman College gathered at the Leonard Lief Library to discuss the history of the alliance, its impact on research and teaching at Lehman, and its contributions to the success of both institutions.

Wurtzel, who teaches biological sciences at Lehman and the CUNY Graduate Center, and her students have worked extensively with the garden doing research on Vitamin A in food crops.

CUNY’s internationally-renowned doctoral subprogram in plant sciences and molecular biology is based at Lehman. Students work with faculty at the college, as well as curators and researchers at the botanical garden. The students also benefit from each institution’s notable resources, which complement each other.

For example, the NYBG’s research library houses 550,000 volumes, archives, objects, and other special collections. Its plant specimens number 7.8 million. Lehman supports the technical needs of students and faculty with its advanced instrumentation and faculty expertise in areas like microbiology, genomics, and geographic information systems.

Renuka Sankaran, who is chair of the CUNY doctoral subprogram, outlined plans to incorporate the garden’s resources in Lehman’s undergraduate curriculum. She also highlighted the college’s new master’s degree in plant sciences, which will make use of the partnership’s benefits.

Samantha D’Acunto, a reference librarian at the NYBG’s LuEsther T. Mertz Library, talked about how they are hoping to expand Lehman’s relationship with the garden into other disciplines as well.

The Humanities Institute, an initiative of the Mertz Library funded by the Mellon Foundation, is designed to promote research and projects that bridge the sciences and humanities. The program presents an opportunity to introduce more Lehman students to the work of the NYBG.

"It’s a new step in the collaboration between Lehman and the Botanical Garden," said D’Acunto.

Stacy Katz, open educational resources librarian and STEM liaison at the Leonard Lief Library, who introduced the event, delighted attendees by sharing the original document proposing an alliance between Lehman and the Botanical Garden, a relationship which was formalized in 1968, shortly after Lehman became independent from Hunter College. It established an undergraduate botany major and a doctoral program in organismic botany—now called plant sciences—in connection with the CUNY Graduate Center.

The partnership is the most comprehensive program of its kind in the region and has produced over 150 CUNY graduates in the past 50 years.

"Students are the glue that keeps the program together," said Edward Kennelly, a Lehman professor in the subprogram who specializes in phytochemistry. "I would not be here if it wasn’t for the New York Botanical Garden."

Organized by Rebecca Arzola, government documents librarian at the Leonard Lief Library, this event was one in an ongoing series highlighting the library’s work with departments across the college.