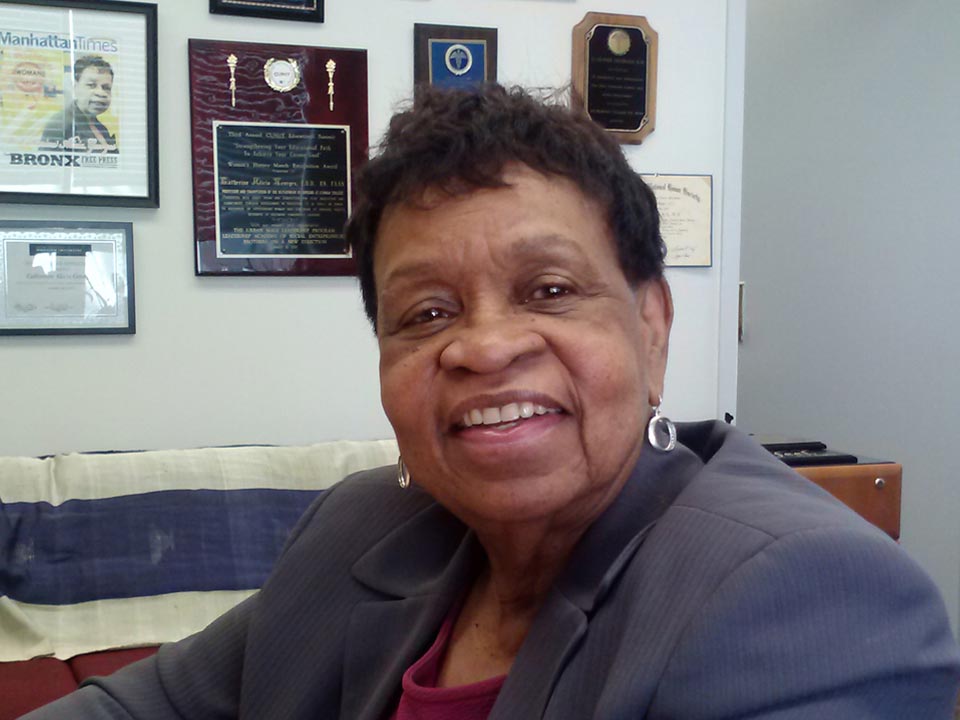 Two of Lehman College's Department of Nursing programs and the woman who runs them received accolades recently, giving bragging rights to Lehman's most popular program.

The rankings were announced shortly before Lehman's Nursing Department Chair C. Alicia Georges was named a 'Living Legend' by the American Academy of Nursing, along with four other stalwarts from the nursing field.

"The leaders selected in this year's class of Living Legends are highly-acclaimed, long-time Fellows whose accomplishments to health and wellness are profound and sustained," said Academy President Karen Cox in a news release announcing the designation.

"Alicia Georges is a phenomenal leader at Lehman College, and we are so proud that she is being recognized with this tremendous honor from her peers," said Elin Waring, interim dean of Lehman's School of Health Science, Human Services and Nursing. "She has shaped generations of nurses who are changing health outcomes for the better here in the Bronx and around the world. The field of nursing science has been advanced through Georges's research and advocacy, and her impact goes far beyond nursing to the whole healthcare system in our country."

Meanwhile, Nursing Explorer, a website providing resources for people seeking nursing careers and education, just released its 2019 national nursing program rankings. Lehman College was listed No. 1 in best-value R.N. programs in New York state out of 105 programs. The organization bases its rankings on the student pass rate for the NCLEX—the licensing exam for all nurses—and the affordability of the program.

Nursing is the College's most popular major; however, nursing education at Lehman extends beyond the registered nurse degree. In response to Bronx residents’ need for increased quality health care options, and the demands of the rapidly expanding health care field, the college continues to diversify its portfolio of nursing programs, which are highly regarded for their quality and accessibility.

This program enables nurses to build on their specialized education and develop their research, writing, and critical thinking skills in a context that serves their profession. Online programs such as Lehman's go one step further: the flexibility they offer makes it possible for nurses with work and family obligations to pursue a bachelor's degree with minimal disruption to their schedules.

RegisteredNursing.org evaluated all online registered nurse to bachelor of science in nursing, frequently referred to as R.N.-to-B.S.N., programs in New York (about 50 in total), using numerous criteria to determine their rankings, including tuition, acceptance rate, and graduation rate. This latest achievement bolsters the college’s well-earned reputation for excellence in nursing education.

"These rankings support the outstanding work that the faculty of the Nursing Department has been doing to increase the number of professional nurses in the Bronx and New York City," said Georges.

Currently, the minimum degree requirement for licensure as a registered nurse is an associate degree of nursing. However, health care facilities are increasingly favoring nurses with a bachelor of science in nursing. Research shows that nurses with a bachelor's degree or higher are more satisfied with their careers and have better patient outcomes. The degree also opens up additional job opportunities in specialized care and nursing education.

For more information about the Lehman College Department of Nursing, visit: