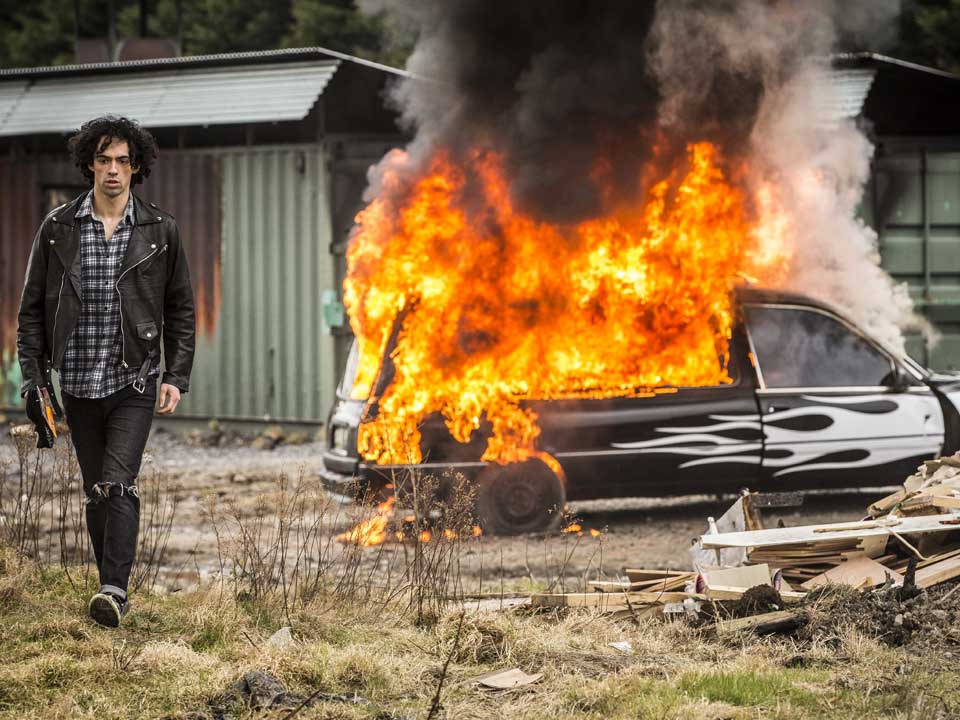 Lehman College kicked off its commemoration of Disability Awareness Month by participating in the 11th Annual ReelAbilities Film Festival: New York, a city-wide event that presents award-winning films telling the stories of people with different abilities.

The ReelAbilities festival, which is presented by the Marlene Meyerson JCC Manhattan, showcased more than 60 short and feature length films at 24 venues around the city. At Lehman College, the only Bronx location to host the festival, seven shorts and four features were chosen for viewing on April 3-4 by Merrill D. Parra, director of the Office of Student Disabilities Services, and other staff members in hope they would have a particular impact upon the college community.

"The disability community is the largest minority group in the country, but most people do not know much about this community unless they have had first person experiences with its members," said Parra. "The films shown at Lehman provide incredible opportunities to understand interesting and particular aspects about people with different abilities, while emphasizing how different communities all fit into our wonderful mosaic of life."

This was the seventh year in a row that Lehman participated in the ReelAbilities festival. The short films included "Coda," fictional treatments of a young dancer who grew up hearing in a deaf family, "Shakespeare in Tokyo," about a traveler with Down syndrome asserting his independence, and "Unteachable," a filmed remembrance by Daniel Franklin, an authority on language-based learning disabilities, of a teacher who helped him with his dyslexia.

Two features struck a chord with the Lehman audience: An Irish film called "The Drummer and the Keeper," (seen as the image with this story) and "Gurrumul," a documentary about the blind aboriginal singer-songwriter Geoffrey Gurrumul Yunupingu directed by Paul Damian Williams. Williams was one of several directors to attend the screenings at Lehman and talk about their films afterwards.

Among those attending the ReelAbilities festival was Manuel Santiago, a 2018 Lehman graduate who works part-time in the Office of Student Disability Services.

Santiago said, "These movies are real eye-openers, and their stories are a reflection of the extraordinary students I have been able to work with."