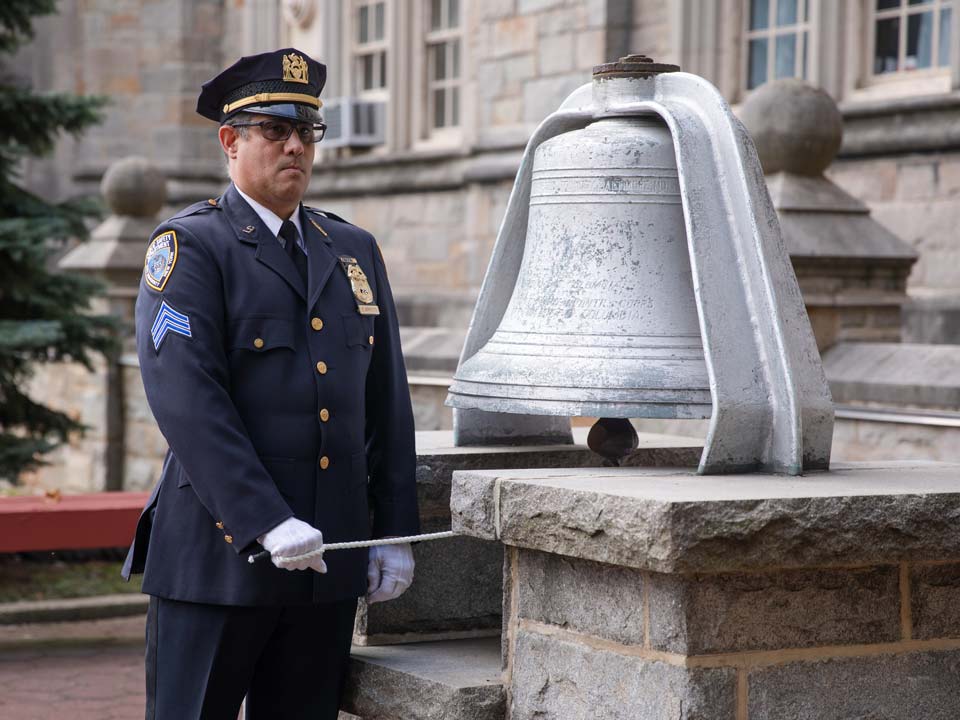 Mirroring countless solemn observances across the country on Sept. 11, Lehman College held a 9/11 remembrance ceremony on campus next to the memorial for the three alumni and one student who perished in the 2001 terror attacks.

The ceremony included remarks from both Lehman College President Daniel Lemons and Dean of Students Stanley Bazile. Also, renditions of "America, the Beautiful" and "Amazing Grace" were performed by Penny Prince, an associate professor, on piano, and Osceola Davis-Smith, an adjunct assistant professor, on vocals.

In his remarks, Lemons focused on the four Lehmanites whose lives were cut short 18 years ago. Two were first responders—New York City firefighter Stephen Belson '73 and New York City police officer John D’Allara '78—and two were at their respective work places in the towers—Alan Richman '79 and Yvette Moreno, a psychology major then in her senior year.

Moreno was killed by falling debris from the South Tower of the World Trade Center. Earlier this year, her mother established the Yvette Nicole Moreno Scholarship to support a student majoring in sociology or psychology at Lehman in her memory.

"Remembering these four lost Lehman alumnae as well as the thousands of others who perished that day, and the even larger number who still struggle with physical and emotional wounds, we should reaffirm the remarkable and resilient fabric of the Lehman community," Lemons said. "It is knit together by the shared goals and vision of this special community of learners and seekers."

Lemons also reminded the ceremony's attendees that the college's namesake, Herbert H. Lehman, stood for world peace and social justice, and added, "In every way we can, we need to confront hatred and ignorance with love and knowledge."

The remembrance ceremony concluded with the mournful notes of "Taps" played by Armando Rodriguez, an adjunct lecturer at the college, and the tolling of the Lehman College Bell outside the Old Gymnasium.