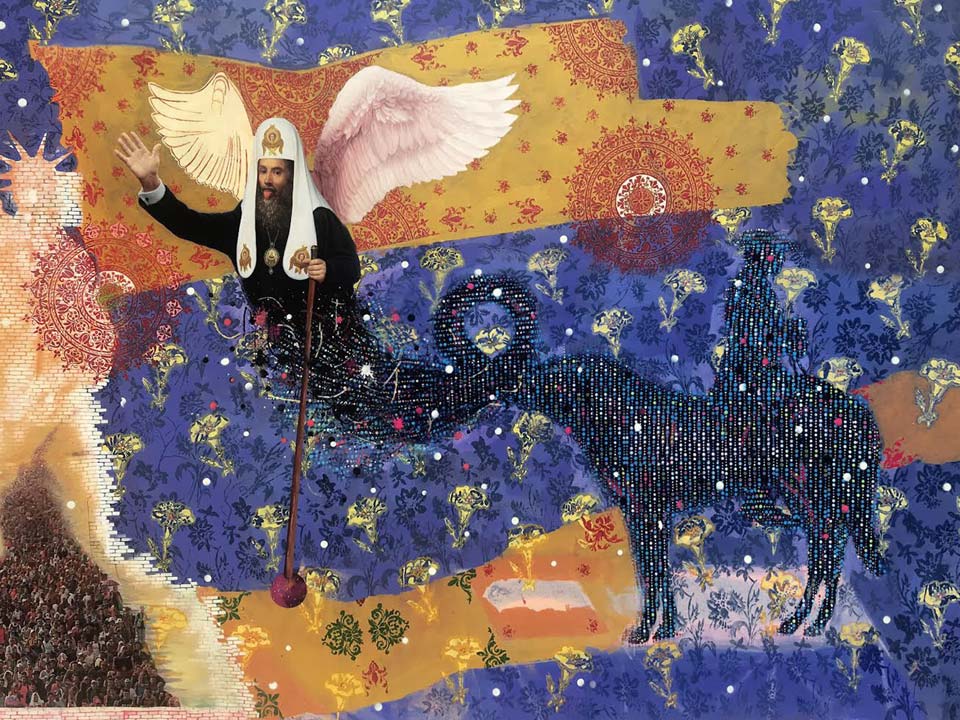 The Lehman College Art Gallery is one of several galleries across New York City hosting the 2019 New York Latin American Triennial through Jan. 25. Lehman’s exhibition, "Progressive Transition," features the work of 22 artists from across the Latin American diaspora. The Gallery held an opening reception, with several of the artists in attendance, on Oct. 23.

"We are both pleased and honored to be part of the 2019 New York Latin American Art Triennial and to have the opportunity to exhibit the work of so many incredibly talented artists," said Bartholomew F. Bland, executive director of the Lehman College Art Gallery. "While it may always seem like we are in a process of transition, the arts can offer unique perspectives on changing times and the challenges we are facing together."

This is the first time the event's organizers have included the Lehman College Art Gallery as a presenting venue for the triennial, which was produced by the Bronx Hispanic Festival, Inc. Nine other galleries throughout the city, including those at Hostos Community College and Boricua College's Bronx campus, are also participating.

Because these and Lehman’s campuses are so closely intertwined with the Bronx’s Latin American communities, including them in the triennial would serve to benefit people more readily, said Luis Stephenberg, director of the New York Latin American Art Triennial.

The artists represented in "Progressive Transition" belong to a variety of different generations. They have found motivation as regards to notions of immigration, religion, social justice, history and environmental awareness-raising, examining problems relevant to them, and underscoring that Latin American art has its roots in the sociopolitical.

Planning, collecting art and designing the different exhibitions for the entire triennial began in 2016, with special attention paid to the artists and art proposed for each hosting venue. The Lehman College gallery exhibit will feature work from artists representing Argentina, Colombia, Cuba, Dominican Republic, Ecuador, Mexico and Puerto Rico, working in various mediums. A full list of participating artists can be found here.

"The idea was to combine many of these artists and feature them together, even though it may be thought they could not be exhibited together," said Alexis Mendoza, chief curator of the triennial. "The result was that many of the artists’ political issues became unified in the context of the exhibitions, and their similarities were easier to note as well."

Two of the many notable artworks on display at Lehman include the gravity defying, site-specific installation in the gallery's rotunda entitled "Roots and Rises," by Iliana Emilia Garcia and an interactive piece by Adrián "Viajero" Román, "Caja De Memoria Vive III: Digna Quiles," which reflects the harrowing experiences of a woman who survived Hurricane Maria in Puerto Rico.

"The varying transitions and transformations these artists demonstrate in their work—whether they are physical, mental, or emotional in nature—reflect the changes going on all around us," said Laura J. A. De Riggi, curatorial assistant at the Lehman Art Gallery and a venue coordinator for the triennial. "How we are moving forward, both as a society and as individuals, can be detected, I think, in this exhibition."

The show runs through Jan. 25.