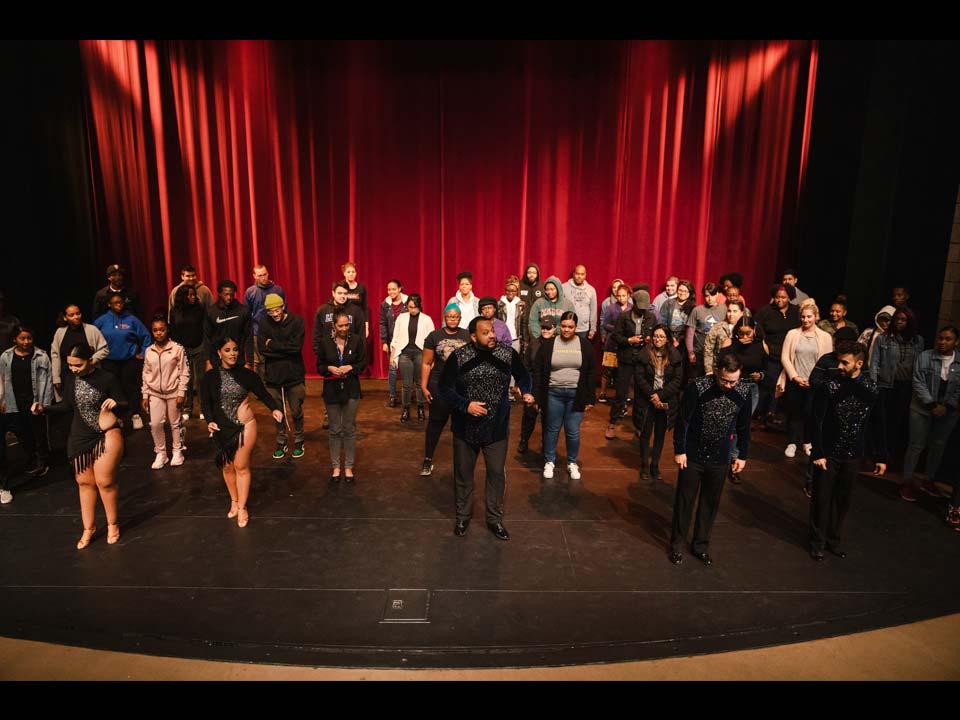 Hispanic Heritage Month at Lehman ended earlier this week much the same way that it began—with a resounding and enthusiastic embrace of the Latin American diaspora in all its literary, musical, and physical manifestations.

It was a proud moment for members of Lehman's Latinx Student Alliance club and their mentor, English Prof. Melissa Castilla Planas, who helped orchestrate many of the events. The month-long series, which ran from Sept. 12 to Oct. 15, featured a variety of talks, film screenings, performances, and poetry readings. Guests included noted poet José Olivarez, spoken word and performing artist Audry Funk, and the Huracan Dance Company.

The series did more than raise awareness of Latinx contributions to American society, it also emboldened club members to seek other ways to extend the culture into some of the college’s academic offerings. In a recent interview with The Riverdale Press, Latinx alliance members said they wanted to focus on diversifying classes and the curriculum.

"We're going to keep trying to grow awareness for the Latinx community within the confines of the college," said Ariel Vargas, a Lehman senior and president of the Latinx Student Alliance, who noted the club now has about 100 students on its contact list.

The club was formed last year, the result of conversations held in some of the classes taught by Planas. Her students expressed their disappointment and frustration, she said, that there was little attention paid to Latinos in the curriculum and or in planning for campus-wide activities, despite Lehman being recognized as a Hispanic Serving Institution (HSI).

"The students wanted more opportunities to celebrate their Latino identities and thought a club would help," said Castillo Planas. "They wanted to get the ball rolling and start conversations around the college about what it means to be a Latino at an HSI."

With Castillo Planas signed on as the faculty adviser, Latinx Student Alliance began to attract members and plan events. Last April, the club helped present a poetry showcase with Project X, a Bronx based, Latinx-focused organization, and before the semester was over members were hard at work putting together events for the college’s Hispanic Heritage Month celebration, which was featured recently in a WCBS-TV newscast.