In the Service of Justice: Anthropologist Victoria Sanford Gives Keynote at International Conference 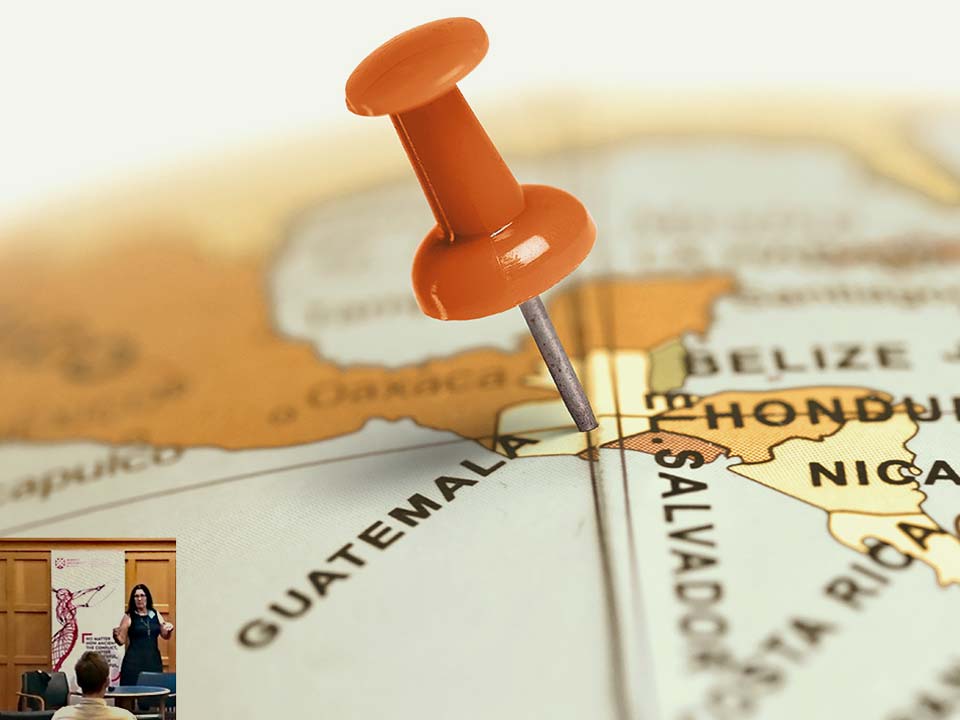 The bones don’t lie and they don’t forget.

That’s what U.S. forensic anthropologist Clyde Snow famously told a National Catholic Reporter journalist in 2004 when he was explaining the importance of mass grave exhumations for human rights investigations. Fifteen years later, Victoria Sanford, professor of anthropology and director of the Center for Human Rights and Peace Studies at Lehman College, used the well-renowned Snow’s comments to provide context around her own work in a keynote address at the Peace and Conflict Studies in Anthropology’s (PACSA’s) annual conference in Belfast. PACSA is a network of the European Association of Social Anthropologists.

Her presentation, “Anthropological methods for Documenting Human Rights Violations and Genocide,” addressed the role of exhumations, victim identification, and archival and testimonial research in anthropology. Accompanying slides detailed her investigations into state-sponsored violence in Guatemala that primarily targeted indigenous Mayans. Her goal was to demonstrate that anthropologists, with their skills and training, can make a positive difference in legal processes and community desires for justice.

“I wanted it to be something that would be meaningful to anyone regardless of what their work is, because they’re not necessarily doing exhumations, but we’re all interested in documenting,” said Sanford, a cultural anthropologist by training, but whose expertise has expanded to include forensic analysis of documents, records—and human remains—in the service of human rights and justice.

Her audience included anthropologists from across Europe, Africa, East Asia, and Latin America. All specialized in peace and conflict studies, which often involves the study of traumatic events. Sanford chose to present her work on forensic processes for a very simple reason.

“People are always very interested in the mechanics of it, and sometimes the mechanics of it allow you to understand a situation in a different way than if I only tell you a story that knocks you down, because there are so many stories that can knock you down,” she said, referring to the powerful and shocking testimonies of survivors—many of which she has documented.

“These different ways of doing research are all entry points into this work,” Sanford explained.

Scientific findings can be—and have been—used in court cases against the authors of genocide. But “without the context, the science means nothing,” said Sanford.  For survivors, the investigations “gave them a political space to assert the truth of what happened to them, which is a form of justice, and it’s also a form of reparation,” she said.