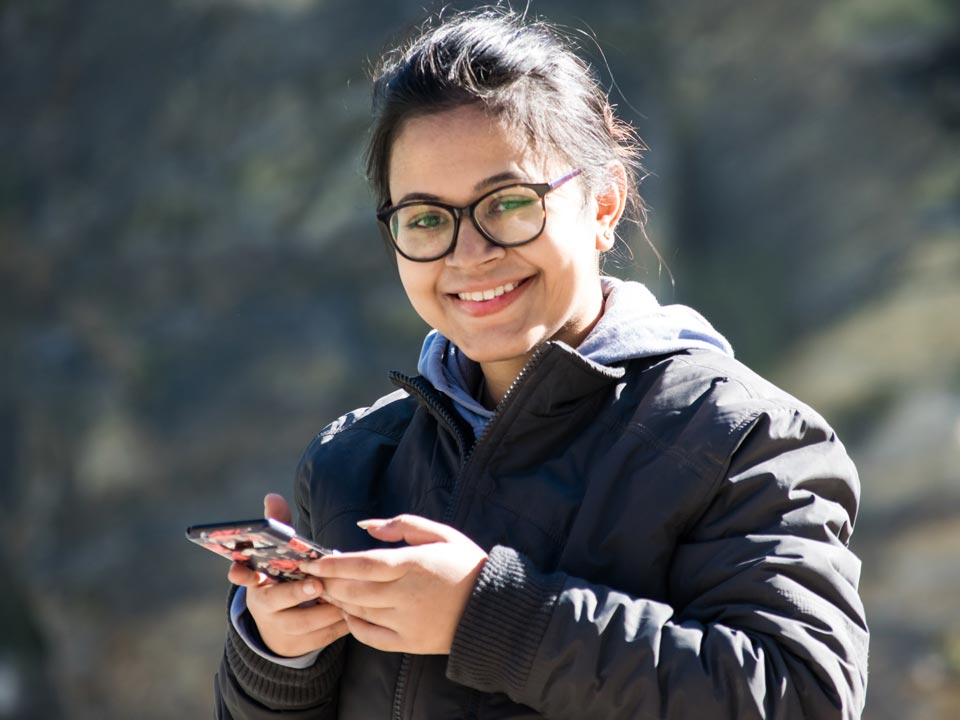 Visit a financial aid office at any college in the month of August and chances are you will find long lines and even longer wait times. The same was notoriously true at Lehman— until last year, when the college replaced its old ticket-based system with a new digital appointment scheduling app, called "LehmanQ."

"I love it," said Vera Senese, director of Lehman's Office of Financial Aid. "But, more importantly, the students like it."

In a customer satisfaction survey conducted earlier this year, where 606 students responded, the new system received an average satisfactory rate of 84.7 percent.

LehmanQ allows students to join virtual queues online via their mobile phones or at an on-site kiosk and receive status alerts and reminders before designated appointment times. It also lets them to postpone by 10 minutes but still keep their appointments, if they are not quite ready to meet with a counselor.

"I used the app this morning while walking from Jerome Avenue to the financial aid office," said alumnus Walter Arzu. "The convenience blew my mind. Those extra minutes waiting on line adds up. My only gripe is that it may be a bit too fast. You definitely have to time it correctly so that you are not skipped on your way to the office."

From the time a student is summoned via text message, they have a short window of time to get to their appointment. However, if a student doesn’t appear within the first 5 minutes, and they haven't reset their time, their name is dropped from the system. Students

"I've seen students add themselves back on line just as their name is disappearing from view, almost as if by magic," said Nick Simos, associate director of financial aid systems.

During peak registration days, he monitors the queue closely and can often be found working the line in the hallway just outside financial aid. After making last calls for students who have been summoned, he runs through a list of reminders for the benefit of those waiting.

Since launching LehmanQ in August 2018, the Office of Financial Aid has logged 33,794 visits from students, with an average 17-minute wait time, depending on the time of year. Senese said the figures for the number of visits were significantly higher than previous years due to an increase in enrollment.

"The shorter wait time is probably the best surprise since we are actually serving more students," said Senese. "In fact, we tell them all the time to do frequent status updates before venturing too far away from the office."

For updates, students may text the letter 's' as a reply to the automatic text they received when they first joined the queue to learn how long they have to wait and where they are in line. They also receive an automatic text every 15 minutes with a status update.

The shorter wait times are thanks to additional staff who were needed to keep up with the higher enrollment, said Senese. The office now has a designated staff member whose sole job is to field phone calls and answer emails—in August of last year alone, the office received 4,904 calls.

Other changes to the financial aid office include a much-needed renovation—gone are the stand-up counter and single row of chairs against the wall. In place now are four semi-private cubicles, where students can sit and talk with counselors. According to Senese, the new design adds an extra two minutes to the process, but she can’t deny the overall improvement to the employee and student experience.

"If there's anything that I would advise our students before coming here is that they check their 'to-do' list in CUNYfirst, and to not ignore text messages and emails. It will go a long way in making this an even smoother process," said Senese.

In addition to the Financial Aid office, students may use LehmanQ to schedule appointments for the Carman IT Help Desk, Bursar's Office, and the Office of Admissions. The app is available on Lehman's mobile app, which can be downloaded at the Apple's App Store and Google Play.