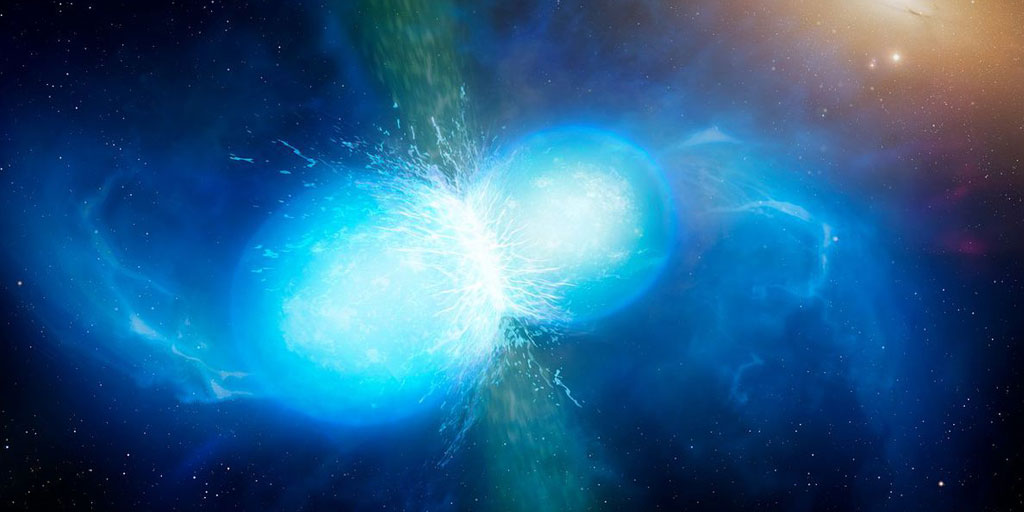 It was one of the most cosmic events ever.

On August 17, a kilonova explosion—a collision of two dead neutron stars—produced a rare intergalactic fireworks display that was detected by astrophysicists around the world. And three Lehman College scientists are among the elite group of researchers credited with documenting the phenomena.

Professor Luis Anchordoqui, a professor in the Physics and Astronomy department, research associate Tom Paul, and graduate student Jorge Fernandez Soriano are among the thousands of authors who contributed to the article “Multi-messenger Observations of a Binary Neutron Star Merger,” published in the October 20 issue of the Astrophysical Journal Letters. The discovery generated worldwide interest and a front-page story in The New York Times.

The August 17 event was the first time in history that such an explosion was heard. The kilonova triggered sensors around the earth and in space, producing what the Times called “a loud chirp in antennas designed to study ripples in the cosmic fabric.”

“Up until now, we were only able to see events after the explosion,” said Anchordoqui. “We’ve never seen this type of event, where you can see and hear things, as it happens. I feel lucky that I can witness something like this. Scientists will be studying this event for years to come for some further clue into the origins of the universe.”

Anchordoqui and Paul are also both researchers at the Pierre Auger Observatory in Pampa Amarilla, Argentina. It is the largest cosmic ray observatory in the world and was among the facilities to report on the kilonova phenomena that scientists believe took place 130 million years ago in the southern constellation of Hydra.

“The kilonova is a breakthrough development in astronomy and physics,” said Daniel Kabat, the chair of Lehman’s Physics and Astronomy department. “By combining all these different types of observation, gamma rays, radio waves, you get a more complete picture of what’s going on in the universe.”