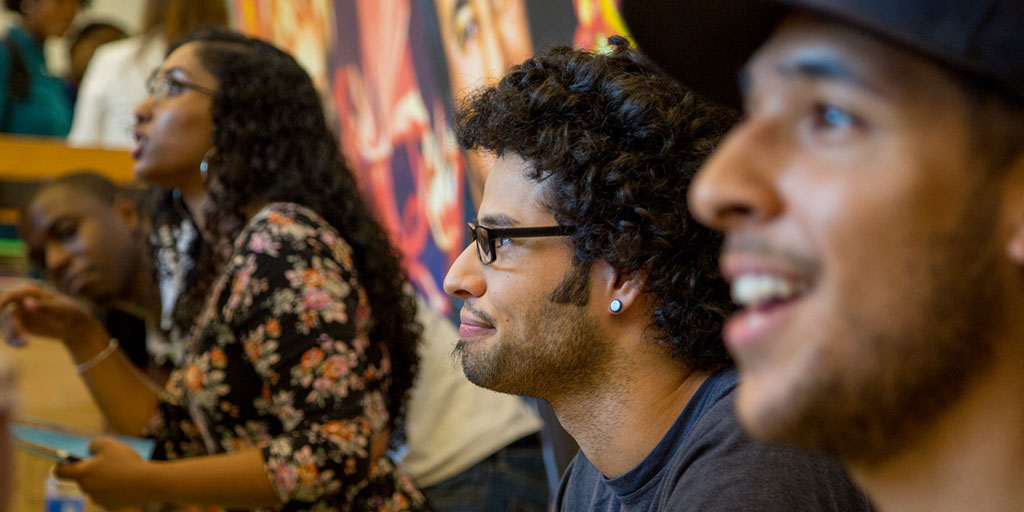 During the upcoming 2017-18 academic year, Lehman College will be converting 15 classes to Open Educational Resources, (OER) an initiative that will save students an estimated $240,000 in textbook costs. A number of OER classes begin this fall and will continue to be added next spring.

OER is a an increasingly popular and important trend in higher education that replaces “proprietary" textbooks with freely accessible, open educational resources that are not limited by traditional copyright restrictions. The goal is to save students the often-prohibitive cost of textbooks while providing high quality text, media, educational video games, encyclopedias and periodicals.

The Office of Library Services is overseeing the OER “scale up initiative" at Lehman, with support from the Offices of the Provost and Information Technology. “It’s valuable that New York State recognized the need to support students by providing significant funds to underwrite faculty creation of open textbooks," says Professor Kenneth Schlesinger, chief librarian at Lehman’s Leonard Lief Library. “Rising textbook costs have been identified as a major barrier inhibiting student success."

Stacy Katz, a substitute open resources librarian and STEM liaison, and one of the librarians coordinating the initiative, says that faculty members in the Business, Education, Nutrition, Spanish and Sociology departments, will be among those participating. Katz says faculty will have the opportunity to customize their teaching material to be more innovative and more closely tailored to their syllabus. Classes converting to OER include sections of Business Law, Creative Writing, Women’s Studies, and Media and Communications Studies.

“We have research showing that students are increasingly engaged and perform as well or better in OER classes," says Katz. “Textbook costs are an even bigger deal than we realized. Students with high textbook costs take fewer classes and have increased rates in dropping classes."

Dr. Yuri Gorokhovich, an associate professor in the Department of Earth, Environmental, and Geospatial Sciences, was one of three faculty members to participate in a pilot OER program at Lehman last year. “OER pushed me to search for new material on the subject of the class," he said. “Instead of adapting a book for the class, I feel like I am adapting a world for the class."

Olena Zhadko, Lehman’s director of online education, has been supporting the effort to train Lehman professors in the intricacies of the OER process. In June, Zhadko and Katz were among of the facilitators of a two-week workshop called “Enhancing your Course through the Use of Open Educational Resources."

"My job was to train my faculty to discover the resources, work with those resources, and come up with a final project that they can use to adopt the OER," says Zhadko. “The idea is that by the end of this program, they will no longer need me."

Lehman has been allocated a budget from New York State of $121,185 for the scale up initiative. Students can find information to register for OER classes on CUNYFirst, under the heading “Zero textbook costs."