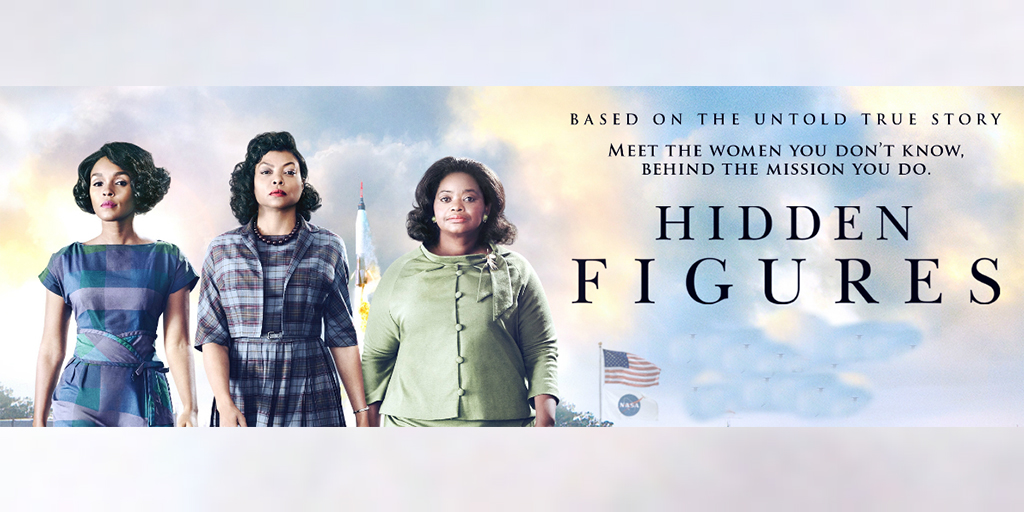 This Friday, the Lehman community has a chance to enjoy one of last year’s most successful films, Hidden Figures. While the movie had many of the trappings of a Hollywood blockbuster—from a race against time (and the Russians) to musical-filled moments of triumph—it resonated with audiences for much deeper reasons. Hidden Figures, an adaption of the book by Margot Lee Shetterly, is based on true events of the lives of three African-American women who worked at NASA during the space race of the 1960s. Had it not been for the mathematical wizardry and computer genius of Katherine Johnson (played by Taraji P. Henson), Dorothy Vaughn (Octavia Spencer) and Mary Jackson (Janelle Monáe), astronaut John Glenn arguably would not have been the first person to orbit the earth.

These American heroes, however, were left out of the history books. Most only know their names today because of the Oscar-nominated movie. “The film is very important in that not only does it give us a glimpse into many aspects and details of what it meant to be an African-American female mathematician at a time when America was embroiled in a racially charged and hostile climate, but it also sets the stage for the need to bring awareness of the many underrepresented voices involved in STEM that have not been revealed in our textbooks or scholarly works,” said Professor Gillian Bayne, of the College’s Middle and High School Education department and coordinator of the graduate program in science education, who is a facilitator of the event.

“The focus of the panel is to both highlight the incredible contributions of our panelists to the STEM fields but also to engage panelists in critical conversations about the history of women of color in STEM and how to attract and retain young women of color to STEM fields,” said Anne Marie Marshall of the Lehman Early Childhood and Childhood Education department and an event co-facilitator.

Though Hidden Figures takes place in the 1960s, Black women continue to be underrepresented in the science, technology, engineering, and mathematics fields. The National Science Foundation reported that in 2013, 828,000 Black women worked in science and engineering-related occupations (the number for white women was 7,641,000). Numbers in computer science are also low, with just three percent of all computer workforce employees in the U.S. being African-American women; for engineering, the number drops to one percent, according to the American Association of University Women.

In universities, the trend continues. In 2012, a study by the National Science Foundation found only 684 STEM degrees were awarded to Black women—for white women the number was 6,777 and for white men, it was 8,478.

While Professor Bayne acknowledges that solutions to address these numbers are complex, she believes there is an immediate step that can be taken—and it is one that can begin during Lehman’s Hidden Figures screening. “Educators and policy makers [can] honestly examine their thoughts and practices related to who really gets to be involved in STEM,” she said. “Such reflection must occur consistently, taking into account how age, gender, race, ethnicity and the sociocultural nature of individuals who are being “taught” STEM content, in both formal and informal learning environments, factor into the actualization of becoming involved in STEM.”

Hidden Figures and the panel discussion will be held on Friday, May 19 from 5:00-8:00 p.m. in the Lovinger Theater. The event is being jointly sponsored by Lehman’s School of Education and the NASA STEM Educator Professional Development Collaborative.