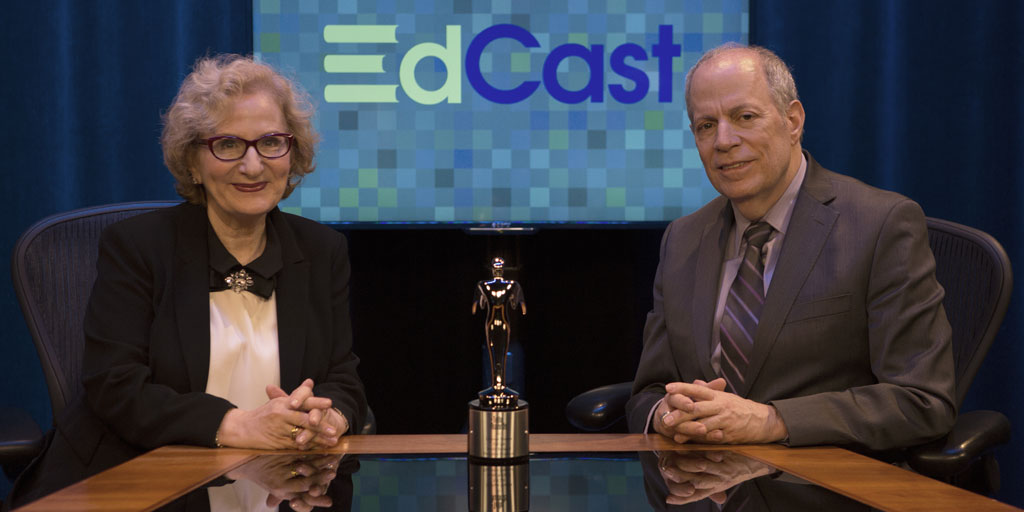 As it enters it’s 10th season, EdCast can now add a 2017 Silver Telly to its collection of accolades. The award acknowledges the show’s “Teaching the Holocaust: Yesterday’s History, Today’s Response” program which originally aired last month.

The episode reported on the work of a celebrated Holocaust education program for teachers developed and run by Dr. Sondra Perl, professor emerita of Lehman College’s English department and the CUNY Graduate Center. The program served as a timely and relevant reminder of the lessons of the Holocaust for the U.S. and the world today.

“I have always been proud of the depth and scope of the shows we have produced with EdCast,” said Jerry Barnard, Lehman’s director of the Academic & Information Technology Resource Center and the show’s executive producer. “We present a half-hour show on each topic, which enables us to provide much more substance than just a sound-bite.”

EdCast, which can be seen on CUNY-TV, WNYE, and BronxNet, is the only program of its kind, exclusively devoted to issues in education and created, written and produced by educators in the New York metropolitan area. Launched in 2007 as a partnership between Hostos Community College and Lehman College, the program tackles the most pressing educational issues of the day. “Research in education should be accessible to educators and non-educators alike; sound policy should inform politics, not the other way around,” said Linda Hirsch, a professor at Hostos, who created the show and serves as its producer.