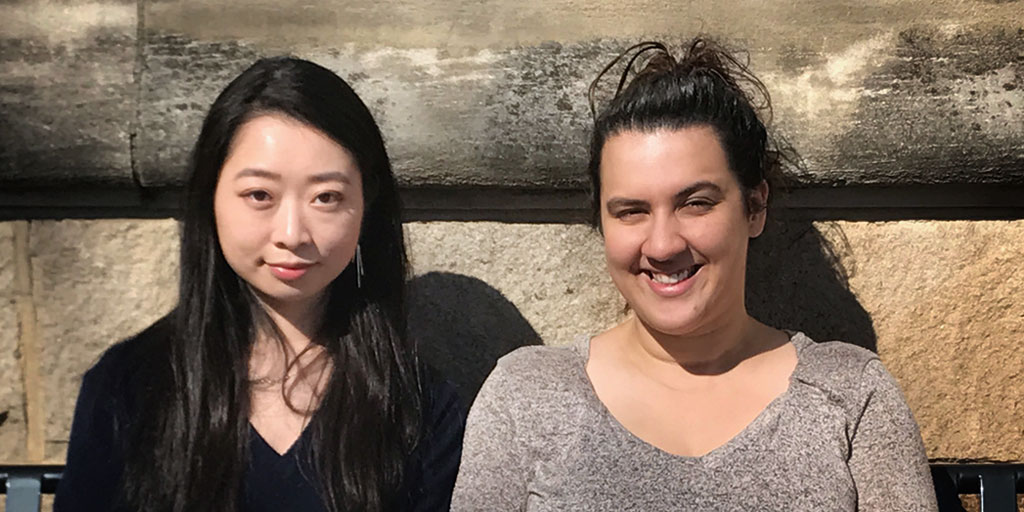 Olivia Loksing Moy, and Dhipinder Walia, both professors of English at Lehman College and

(From left:) Olivia Loksing Moy, and Dhipinder Walia, both professors of English at Lehman College and the organizers of today’s symposium.

A tumultuous political landscape and turbulent world events has inspired a revival in students activism and civic engagement at colleges throughout the United States. How that activism is playing out as it relates to underrepresented communities on university campuses and the “value of political and apolitical work” in classrooms, is the subject of Activism in Academia Symposium that was held at the CUNY Graduate Center.

“More than ever, we wish to empower our students with the sense that their educational experience at CUNY not only promotes tolerance, but confronts difficult issues that can only be dealt with through an activist mindset,” said Professor Moy.

The daylong symposium was coordinated by Lehman English Professors, Dhipinder Walia, and Olivia Loksing Moy. The two started planning the event last November, and have lined up an impressive cross section of CUNY Professors, Lehman students, and other academics, to discuss topics such as “religious representation and secularism; how literature can be a force for empathy and social change.” Professor Joseph North, from Yale University, and Professor Emanuele Castano from The New School, were also among the faculty speakers.

“I wanted to show that there are topics we need to talk about, even if the conversation can be a little bit uncomfortable,” Walia explained. “Sometimes those conversations are necessary, and create solutions and feasible steps we can talk about to make things happen.”

Lehman English major Alegna Santos, was among multiple Lehman students participating in a panel called “Activism, Authority, and Ethics, in the Black-Authored Text.” Olivia Moy discovered in a written exercise that Santos, a former student, had been uncomfortable reading Paradise Lost in class. As a Jehovah’s Witness, Milton’s epic poem conflicted with her beliefs. Walia says that just letting a student express her feelings, as Moy did, can be empowering.

“More than ever, we wish to empower our students with the sense that their educational experience at CUNY not only promotes tolerance, but confronts difficult issues that can only be dealt with through an activist mindset,” said Moy. “This mindset consists not solely of crying foul when the situation demands it, but by following up with models for solutions, and by putting in the intellectual energy and emotional work, as Lehman College President José Luis Cruz has so eloquently reminded us, ‘to roll up our sleeves, sharpen our focus, and open our hearts,’ and traverse those differences that engulf us in confusion or ignorance.”

The final panel at the symposium—“Activist Histories and Pedagogies”—discussed how faculty can instill activism spirit in the classroom.

In her own classroom, Walia is encouraging activism through writing and research on important issues such as gentrification, opiate addiction, and worldwide border conflicts. Students were asked to find articles about these issues, create a literature review, and propose potential solutions to seemingly intractable problems. One student researching border conflicts discovered that art was being used to help diffuse the Israeli-Palestinian crisis and that she would like to do similar work that could help alleviate tension and increase cooperation on the Russia-Ukraine border.

“Given the diversity of our classrooms and the rapid changes in technology and social media, what it means to be an activist, is constantly changing,” said Walia.
“Students and faculty alike have to be mindful of a politically charged climate that inadvertently places value in shying away from activism. A symposium like ours is really meant to be a space for all those in academia to see the value of the classroom and the college campus as a space for activism, especially when our campus is New York City itself.”